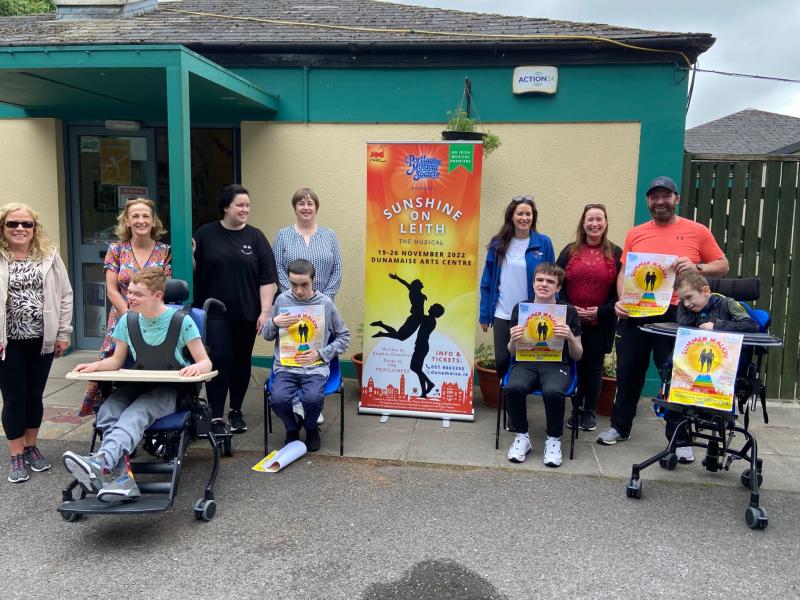 Portlaoise Musical Society is delighted to announce that their charity partner is Kolbe Centre Special School Portlaoise who are in much need of vital funds to help them with providing facilities in their new school which is in the pipeline.

The Society is currently stepping it out with their fundraiser of the year - Summer Walkin | 500 Miles’ , a walking challenge throughout the month of June, to help get them back on stage for their come-back show ‘Sunshine on Leith’ in November 2022.

Summer Walkin' was launched by Portlaoise Musical Society in 2021 and was a great success. From the funds raised, two local charities Sosad Laois and Dunamaise Arts Centre were also supported with donations. Funds for this years event are being raised via idonate.ie and all support is appreciated and will go a long way towards getting them on their way to the stage at the Dunamaise Arts Centre.

Principal of Kolbe Special School, Orlaith Mahon welcomed the charity partnership with Portlaoise Musical Society the school on the Block Road on to mark the fundraiser. MORE BELOW PICTURE 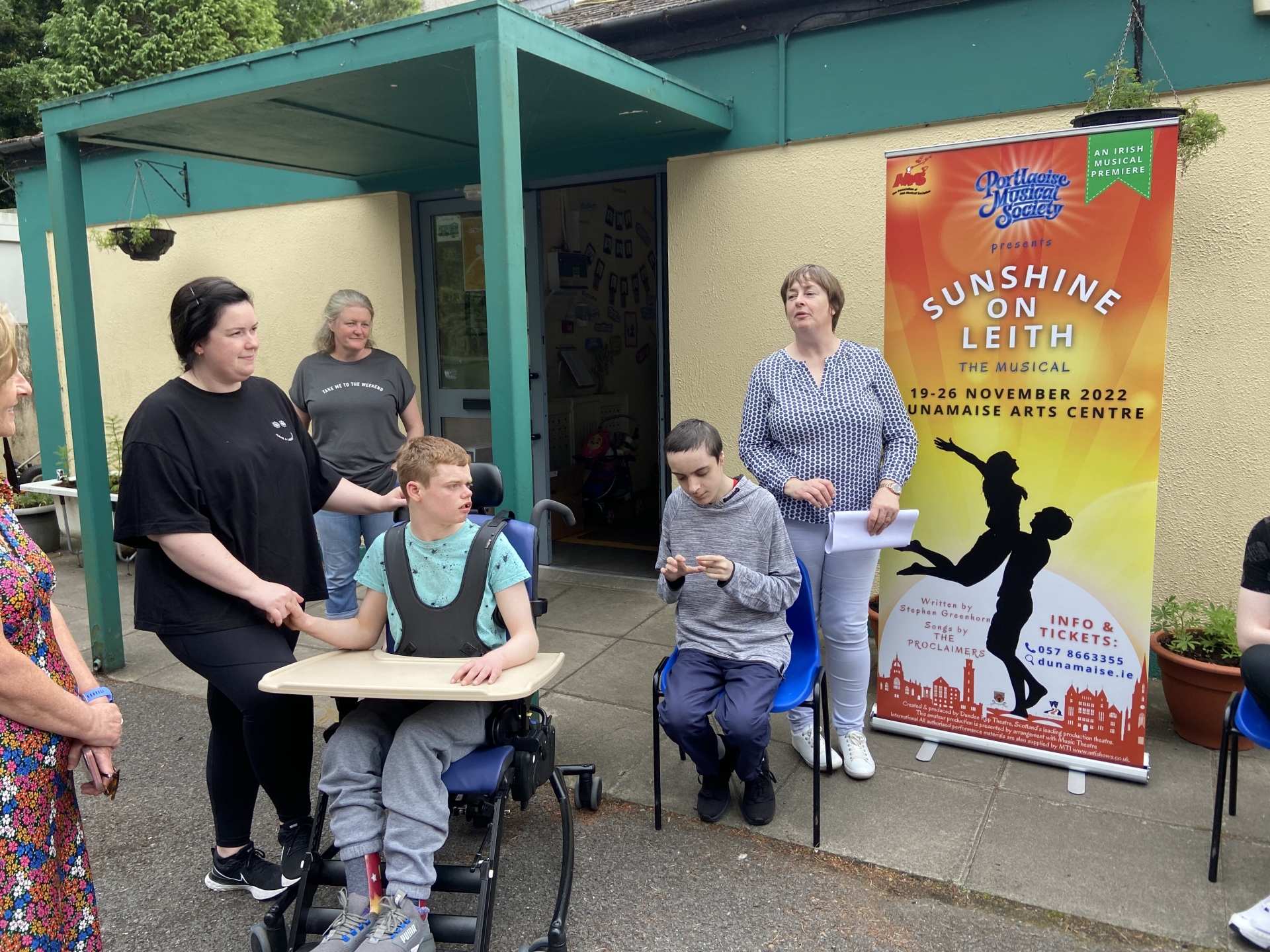 “We have planning permission for our new school and we are at the stage where the architects are able to source builders to tender for the new school but the Department only funds a certain amount so we need to fundraise ourselves as we want to build a state of the art school that the children deserve.

"We want to provide luxuries for the children and want to put in a hydro therapy bathroom, a switch activated surround sound music system in the library, we need to equip the sensory room, the soft play room and anything else that’s needed so we need to fundraise for it ourselves”, said Ms Mahon.

The society’s Chairperson is JJ Tynan.

“Both the committee, our members and the local community at large are really excited about us producing this Scottish gem of a show. Everyone knows and loves the music of The Proclaimers and we can’t wait to raise the roof off the theatre in this, our comeback show! MORE BELOW LAUNCH OF THIS YEAR'S SHOW. 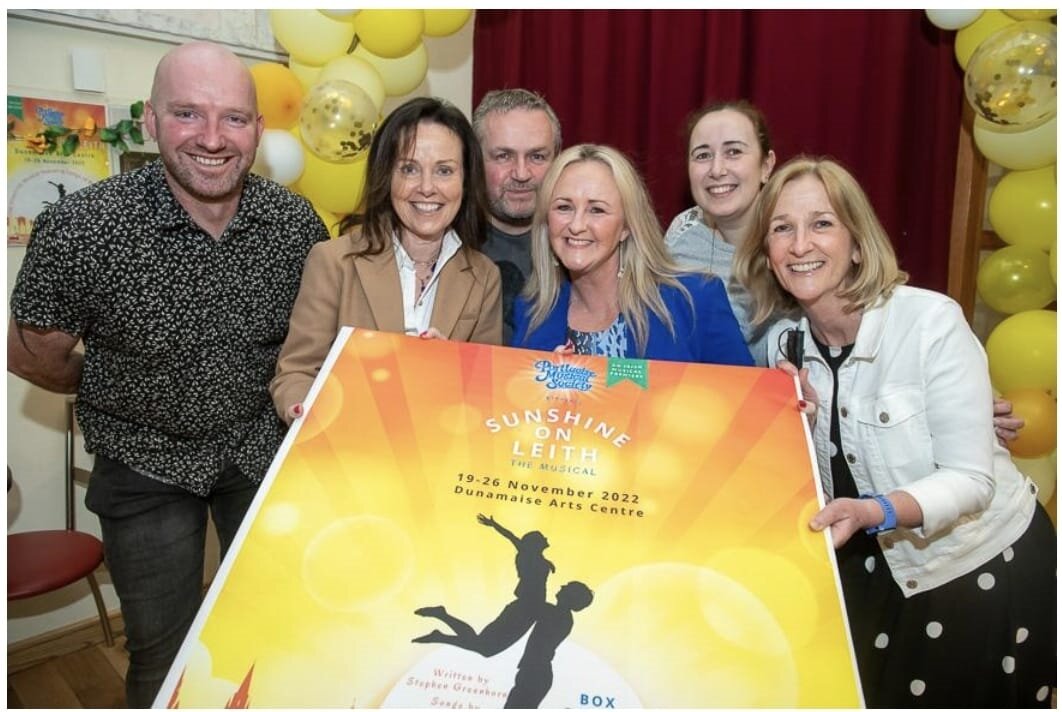 "Our 500 Miles Summer Walkin’ challenge is our fundraiser of the year and will be a massive help in getting us on our way to the stage and we’re delighted to be able to make a contribution to the amazing Kolbe Special School in Portlaoise in the process so we would ask people to give as generously as they can and we thank them for that generosity and we thank our teams for giving so richly with their time and efforts,” he said.

Sunshine on Leith in Portlaoise will be Directed by Paul Norton, with Emer Hartnett as Musical Director and Stephanie Browne as Choreographer. Featuring classic songs like ‘I’m Gonna Be (500 Miles)’, ‘I’m on my Way’ and ‘Letter from America’ from Scottish favourites The Proclaimers, this foot-stomping production written by the acclaimed Stephen Greenhorn is a wonderful feel good show and will be a highly entertaining production, especially with this production team at the helm!

As well as the teams clocking up the 500 miles in Summer Walkin’, Portlaoise Musical Society will also be busy throughout the summer with fundraising and events, including a special Disco Brunch which has been organised by Lilly’s Bar on Main Street Portlaoise during the Old Fort Quarter Festival on Saturday 25th June.

Tickets are on sale from Eventbrite.ie.

Donations are being accepted on idonate.ie/500miles or keep an eye on Portlaoise Musical Society’s social pages for details.

Among those to attend the announcement of the partnership with the Kolbe school were Society members Deirdre Phelan, Joan White, JJ Tynan and Gina Rohan. The school was represented by students Nigel, Christian, Evan and Samuel alongside teachers  Sarah Delaney, Lisa Langan and the Principal Ms Mahon. MORE BELOW PICTURE. 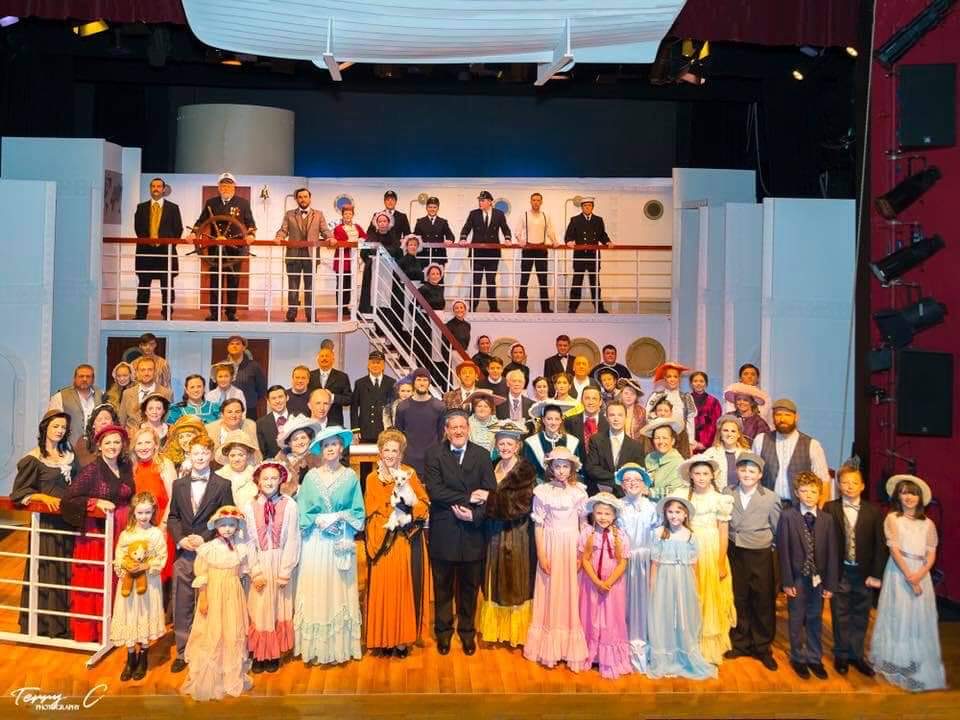 The Portlaoise Musical Society are won the ‘Best Overall Show’ (Gilbert) with Titanic the Musical in 2019 and were runners-Up in 2020 with Ragtime.