Laois man honoured for his work in Africa 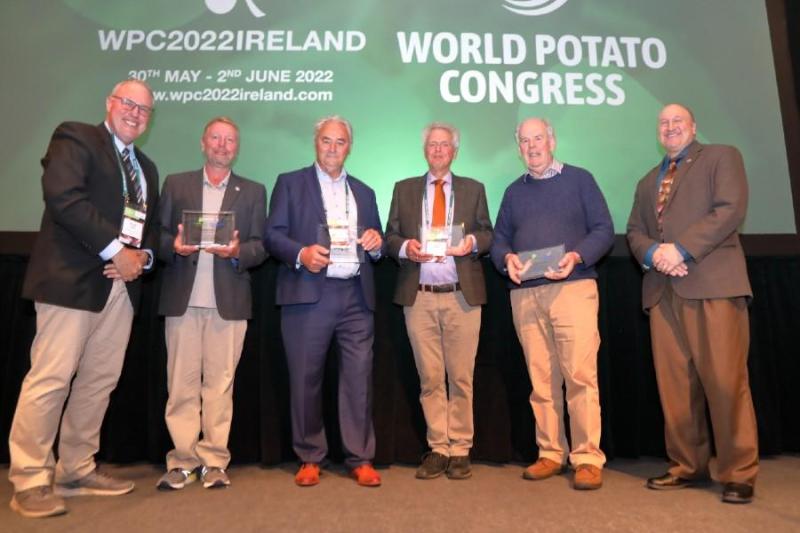 A Laois man has been honoured for his work in developing potato productivity across sub-Saharan Africa.

Dr. John Burke, a native of Middlemount, Rathdowney was among four people recognised at the WPC Industry Awards which were presented during the 11th World Potato Congress held in Dublin recently.
The recognised the outstanding work of four people in the international potato industry.

Dr. Burke dedicated four years of his retirement to volunteer with Vita, an Irish NGO, working in Ethiopia and Eritrea to develop potato productivity across sub–Saharan Africa.

Farmers there battled with old, diseased seed tubers. They cultivated crops on tiny holdings without the potential for crop rotation; they lacked fertiliser, fungicide and knowledge.

While giving seminars and workshops to farmers, agronomists, regulators and extension staff in Ethiopia and Eritrea, John became acutely aware of the lack of quality teaching material.

His book: Growing the Potato Crop, published in 2017 combines scientific rigour with farmer-friendly language and is credited with improving potato output across sub-Saharan Africa and is largely based on John’s own expertise, accumulated through his experience of crop research with Teagasc, Vita and the potato farmers of Ethiopia and Eritrea.

Published with sponsorship from the Irish Potato Federation and the late John O’Shea (Iverk), the book is now translated into several languages and made available free of charge to potato agronomists in developing countries.

Over 12,000 farmers in East Africa have already seen improvements in their potato yields and the programme is now extended to five more sub-Saharan countries.