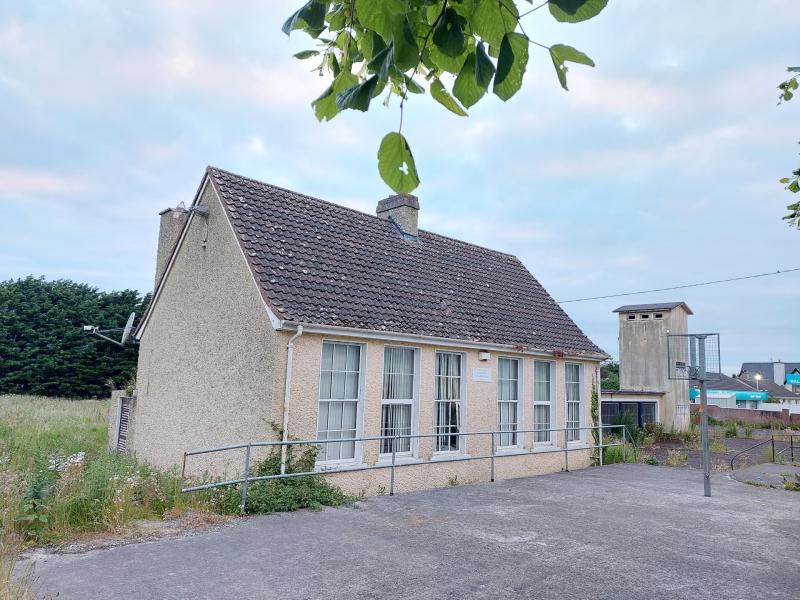 A Laois village has been offered the opportunity to take on a vacant primary school described as "an eyesore" by the Parish Priest.

Ballyroan village near Portlaoise already uses a small former school for community groups as well as a big community hall, but a third building is up for grabs.

The offer was announced by Parish Priest Fr Paddy Byrne at a public meeting held by Ballyroan Community Development Association about 'the future of Ballyroan' held on June 21.

The former boys school, which Fr Byrne describes as "an eyesore" is lying idle for the past five years and is now overgrown.

"The parish has a responsibility to be part not just of tradition but of developing the future. We are happy to divest the building for a prolonged period of time to people who will be trustees of the project. It would be entirely up to the trust to maintain.

"It is an absolute eyesore in the heart of the community. It needs huge investment. You need to take ownership of that task. This has worked very well in Stradbally, Ballinakill and Raheen where they availed of grants. All it needs is a spark to get going. You need finance initially then you can avail of funding.

"The day of the parish priest getting calls about a broken window will be gone, let the community take over. Good luck in that endeavour," Fr Paddy said.

The announcement was welcomed by Cllr Barry Walsh at the meeting.

"Fr Paddy is very forward thinking and proactive. Thank you it would be great to get that eyesore sorted out," he said.

"It is a fantastic announcement just in time for our meeting. It bodes well for the future," she said.

The association is urging locals to get in touch to volunteer and give ideas on how to develop the school and the village in general, with many community grants on offer.

Scoil Faoláin Naofa NS closed in 2017 when it amalgamated with the girls school Scoil Bhríde NS to move into a new school and building, Scoil Eoin Phoil Naofa II.

The Department of Education agreed in 2021 to relinquish its interest on the building following a request by the owners. That interest had been secured because public money had been invested in the school.

Laois County Council inspected the building last year to determine whether it should be placed on the Derelict Sites Register.