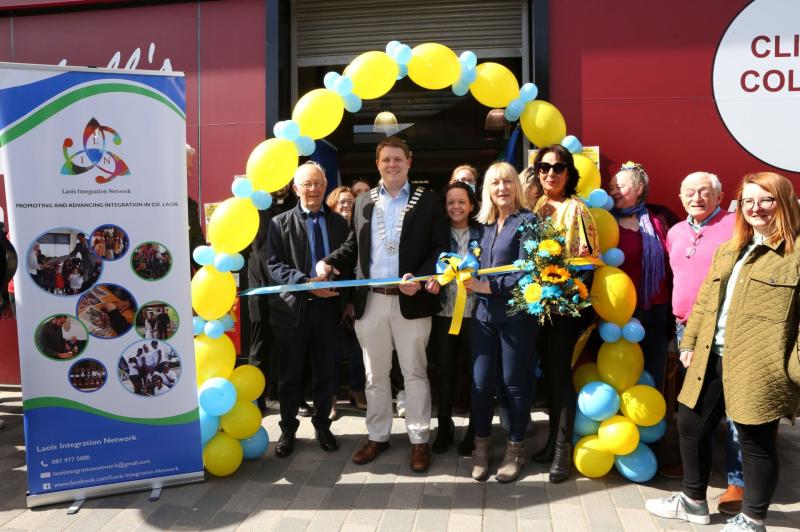 Pauline Flangan among those who helped open the Ukraine refugee shop in Portlaoise in her capacity as a board member of the Laois Integration Network.

A former Fianna Fáil Laois County Councillor and General Election candidate is planning a return to politics after her party chose another former local election candidate as its new representative in Portlaoise.

Ms Pauline Flanagan was unperturbed by the FF HQ announcement that Donal Kelly was appointed.

"I wish Donal Kelly the best after becoming Local Area Representative.  My understanding is that it is an open process whereby any member of Fianna Fáil can put their name forward for this unelected position," she said.

Ms Flanagan, who was co-opted onto Laois County Council after the death of Cllr Jerry Lodge, outlined her ambitions to the Leinster Express.

"This does not have an impact on the selection process for the next local election which will be sometime in 2023.   To be honest, I am more worried about the pressures on the Laois Community with the spike in inflation and the exorbitant cost of living for people.

"I know from speaking with charities, organisations and people on the ground that the impact of the cost of petrol and diesel and the increase in the weekly shop are already a huge issue for so many families and individuals in Laois.

"I do intend to put my name forward one more time at the next local election selection convention for Fianna Fáil.  But in the meantime, I’m just getting on with things by being an active member of groups such as Laois Volunteer Centre, Laois Integration Network and Youth Work Ireland Laois, to name but a few’, concluded Ms Flanagan in her statement.

Ms Flanagan was not returned Laois County Council in the local elections of 2019 when she was a candidate in the Portlaoise Municipal District. She unsucesfully contested the General Election of 2020 on the Fianna Fáil Laois Offaly ticket.

Fianna Fáil has not outlined how the Local Area Representatives are chose or what the role entails.