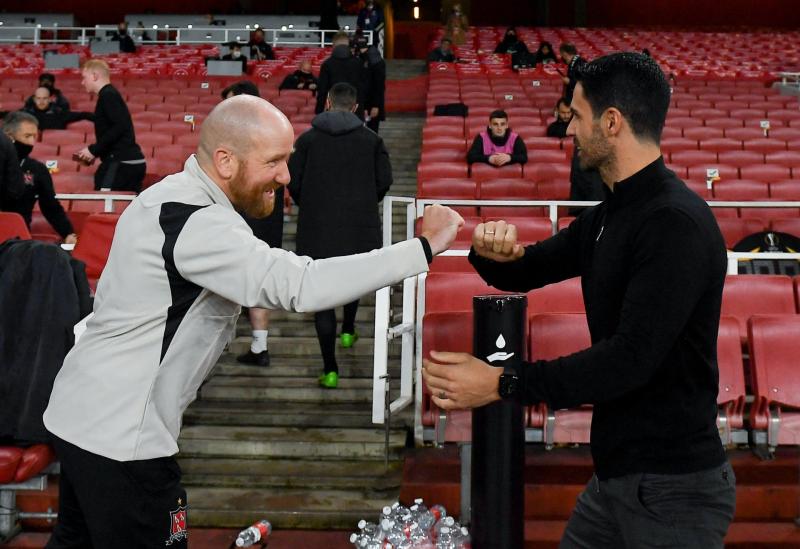 Keegan, who has recently been involved as a coach with Portlaoise GAA and Portlaoise AFC, will be on the line for Cobh Ramblers against Treaty United in the SSE Airtricity League First Division at St Colman's Park on this Friday evening, 7.45pm.

The former Rathdowney-Errill GAA Hurling coach has agreed a contract with Cobh Ramblers that will see him take charge of the Rams up until the end of the 2023 season.

He was most recently Head of Academy with Treaty United.

Shane Keegan was previously first team manager at Wexford Youths, where he guided them to the League of Ireland First Division title in 2015. From there he moved to Galway United in 2016, spending two years at the Connacht club. Shane was also first team manager at Dundalk, overseeing their journey to the group stages of the Europa League in 2021 before making the switch to Treaty United last February.

Shane Keegan said: “I am delighted and excited to come on board as Cobh Ramblers’ new manager. To play a part in the club, in this, their 100th year anniversary, was an opportunity that I couldn’t turn down. I look forward to getting straight to work with the players and staff as we all get to know each other over the course of the month of July.

Treaty United would like to wish Shane Keegan the very best of luck following his departure as Head of our Academy. Shane made an invaluable contribution to developing our Academy. The club will begin the search for a new Head of Academy immediately. pic.twitter.com/VWc4lhMBQA

"It would be a huge boost to us to get support out in numbers over the next few games. Then it is up to us to give people a reason to keep coming back. I really hope that I can play an important role in helping to grow Cobh as a club both on and off the field in both the short & long term.

I would also like to place on record my thanks to the board at Treaty United and wish them the best of luck for the rest of the season.”

Treaty United wished Keegan the 'very best of luck following his departure as Head of our Academy. Shane made an invaluable contribution to developing our Academy.'

Owner of KeeganCoaching.ie, the Rathdowney man is a regular sports pundit on Newstalk specialising in soccer analysis. He was the Activity & Wellness Hub Co-Ordinator at Laois Sports Partnership and spent a number years in advertising working for the Leinster Leader and Leinster Express and other local media outlets.

The holder of a FAI UEFA Pro License, He has an MSc in Coaching and Excercise Science from UCD, a Diploma in Sports Journalism and Broadcasting from Independent Colleges, Dublin.