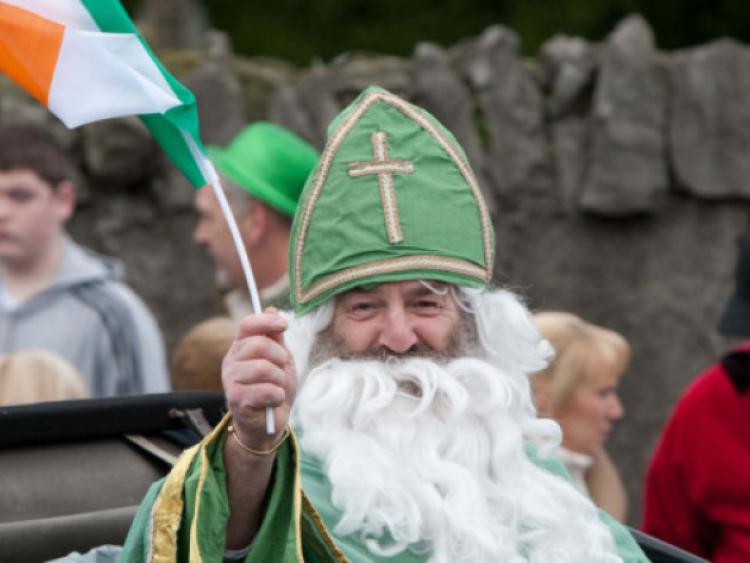 Portlaoise St Patrick’s Day parade looks like it will be the biggest, most entertaining and colourful yet with a record number of floats already entered with the theme of “Fairytales and Fables” obviously catching the imagination and giving great scope to entrants.

The parade this year will start at the earlier time of 2pm from Centrepoint on the Mountrath Road with the traditional street entertainment getting underway before 1pm. Before the parade, the Main Street will become one long stage with as many as 10 dancing schools of many different varieties performing as well as musicians and of course Jeka The Clown.

A drive through of vintage cars will wind its way around the route with up to 100 beautiful old specimens expected with car owners just invited to come along on the day. All participants will receive a specially commissioned plaque.

Stages at both Market Square and Lower Square will see local bands perform with the Jury special guests along with Scor winner Fiona Kelly who will also be part of the Portlaoise Scoil Chriost RI football team in the All Ireland College’s final on next Saturday.

This year the Honorary Grand Marshall will be Gareth Culleton, the four time Paralympian, who has done so much work both as an athlete and activist to encourage people with physical disabilities to enhance their lives and others through participation in sports and who has represented Ireland on so many occasions with distinction.

Clan names, beauty queens and horses - the Port Parade has it all this year.

A twist on the gathering, “The Gathering of The Clans,”the judges want to see as many family names as possible displayed on banners both in the parade and as a spectator. There will be prizes for the best decorated, the funniest, the best story (or yarn) and the most foreign name we can see in the Square!

The parade will get underway at 3.30pm on Station Road, they will march through Main Street by the viewing platform which will be situated in the Square, where the judging will take place. The parade will continue on around to SuperVale where it will finish.

Another spectacular part of the parade will be the promotion of Horses for what they are really meant for-- to draw carriages, sulky’s and riders through the town.

On the same spectacular theme, there will be a delegation of beauty queens showing off their winnings, tiaras and sashes.

Entertainment for the kids and live music in the square and at the anvil Inn until 6pm.

The theme for this year’s parade is ‘Spring Time in Mountmellick’. The committee are hoping that with Easter being around the corner, groups taking part in the parade will draw on the spring palate of colours to decorate their floats and bring a splash of colour to the town.

A Crafts Fair will take place in O’Connell Square from 1-5pm. The overall effect should provide something to appeal to all ages and it is hoped that St Patricks Day 2013 will be a memorable day for all with enjoyment our main goal.

A competition for the best business/shop front will be held on St Patrick’s Day. There will also be a number of prizes for the best entries in the parade.

The parade will start at 2pm sharp from The Harbour- assembly from 1.30pm.