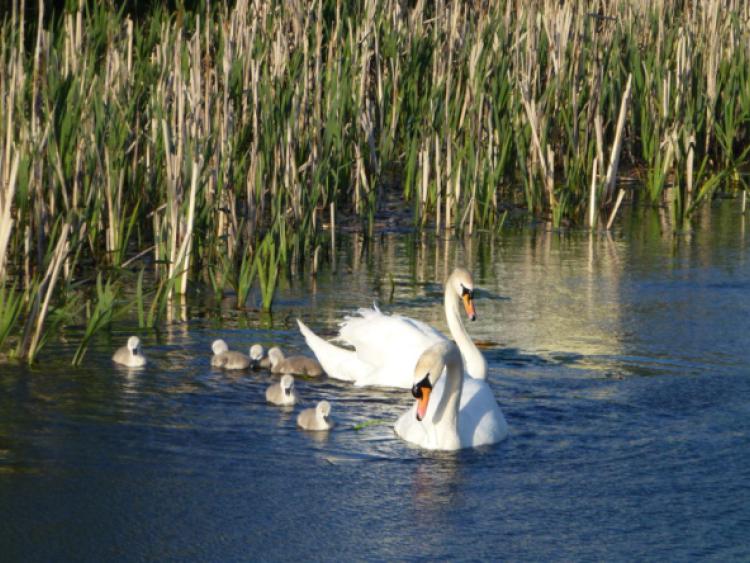 A new swan family is gliding on Kilminchy lake, reflecting a peaceful new start for the largest housing estate in Laois.

A new swan family is gliding on Kilminchy lake, reflecting a peaceful new start for the largest housing estate in Laois.

Last March the old directors of Kilminchy Management Company were ousted and replaced in a vote by home owners at an Extraordinary General Meeting, following disputes over a lack of clarity on how the company was run.

New director of the now renamed Kilminchy Home Owners Company, John Cowhig, says much good work has been done by the new board and committee.

“We have put a lot of time in and everything is running smoothly so far. We have not yet received the 2012 accounts or the majority of paperwork. We held another EGM on May 1 when we reduced the maintenance fee from €200 annually to €150, hopefully in 2014 we can reduce it again. We are looking at other inherited issues, and working with Laois County Council who have been very helpful,” he said.

Over the past two weeks the contentious illegal dump in Lake Way has been cleared by homeowners, and brought to landfill by the council. The walls are being removed and the ground reseeded, with hopes this will end dumping.

The company are also trying to make progress on the community centre.

“It is completely unfinished, but as soon as we get a planning issue dealt with, we hope to finish it. For now we are holding our meetings in the Parish Centre, and they look after us well,” said Mr Cowhig.

Invoices are being sent to homeowners this week, and Cowhig is urging all to pay.

“If there are members who have outstanding previous fees because of disputes, I would like them to contact us to come to an arrangement. We will not be collecting the €25 reminder fees at all. People can see how much work is going on, and we depend on fees to keep that up,” he said.

They have united with the neighbourhood watch group to combat unsocial behaviour in the estate.

“We are all interested in the community, so we have voted to work together,” he said.

A newsletter is planned but for now, queries can be emailed to johncowhig@live.co.uk or murt.mor@gmail.com.