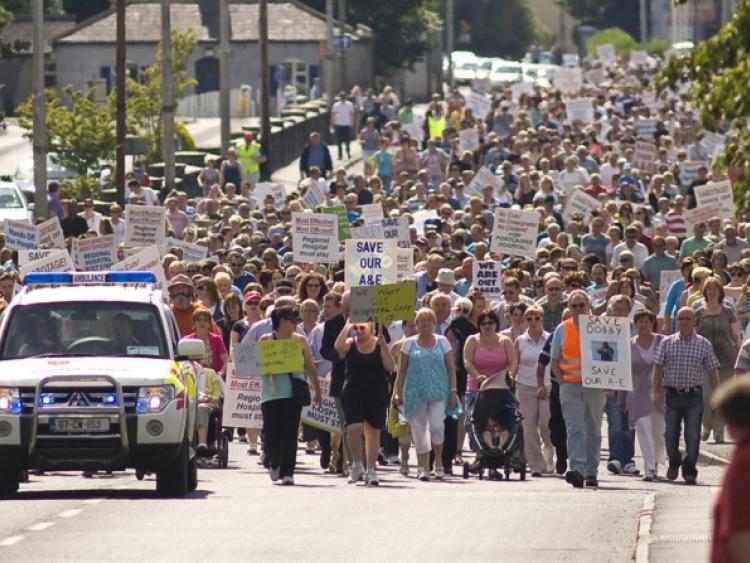 The linking of the Midlands Regional Hospital, Portlaoise with some of the major Dublin Hospital, has cemented the future of the hospital, according to one staff member.

The linking of the Midlands Regional Hospital, Portlaoise with some of the major Dublin Hospital, has cemented the future of the hospital, according to one staff member.

Following the publication of the Higgins Report on the establishment of the Hospital Groups, Portlaoise will become part of the Dublin Midlands group of hospitals, along with Dublin Midlands: St James’s Hospital; The Adelaide & Meath Hospital, Dublin, including the National Children’s Hospital; Midlands Regional Hospital Tullamore; Naas General Hospital and the Coombe Women & Infant

“From a nursing point of view this is very positive and it does cement the hospital’s future.

“Overall the group is well-balanced. The specialities of Portlaoise such as paediatrics or gynaecology are not matched near by.”

“The linking of Portlaoise with St James Hospital in Dublin will mean that patients in Laois have direct access to world class medical staff.

“By increasing co-operation between the hospitals within the Dublin Midlands group the health service can allow for the provision of modern, high quality, safe healthcare.”

Deputy Flanagan continued: “The grouping means that hospitals will work in tandem to provide acute care for their patients rather than competing with each other for resources and funding.”

“You can put a label on it, but the two main issues remain - funding and staffing levels. The hospital’s budget has been reduced by €8million since the good times, and front line staff have told me they are under extreme pressure at times, particularly on the wards.

“The reconfiguration is fine but it’s irrelevant what category you put the hospital in, unless these key things are addressed,” he said.