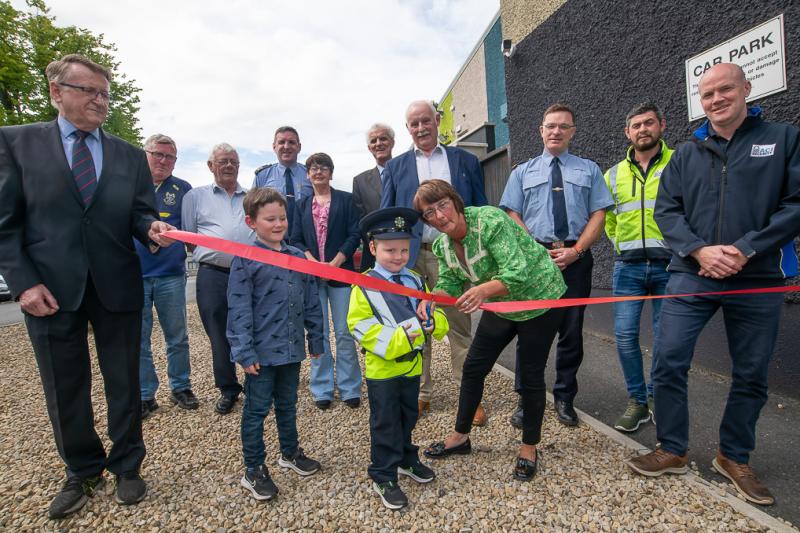 The scheme, which covers 14 locations around the town and its approaches, was officially opened in Hare’s Corner in Mountmellick as Little Blue Hero, Cathail Holohan, cut the ribbon.

Cllr Paddy Bracken described it as a great day for the community. He said the project began in 2015 when there was a sense that more Gardai were required in the area.

The official launch of the scheme was the culmination of a “long and hard fought campaign” fraught with obstacles which wouldn’t have been overcome were it not for the tenacity of Barbara Lalor, he told the gathering.

Cllr Bracken revealed one council official told him Barbara, “reminds me of a wicked dog with a bone, she never lets up.”

He thanked the wider community for helping to raise €30,000 to fund the project. “There’s about €60,000 altogether between what we have gotten from the department and collections,” he explained. 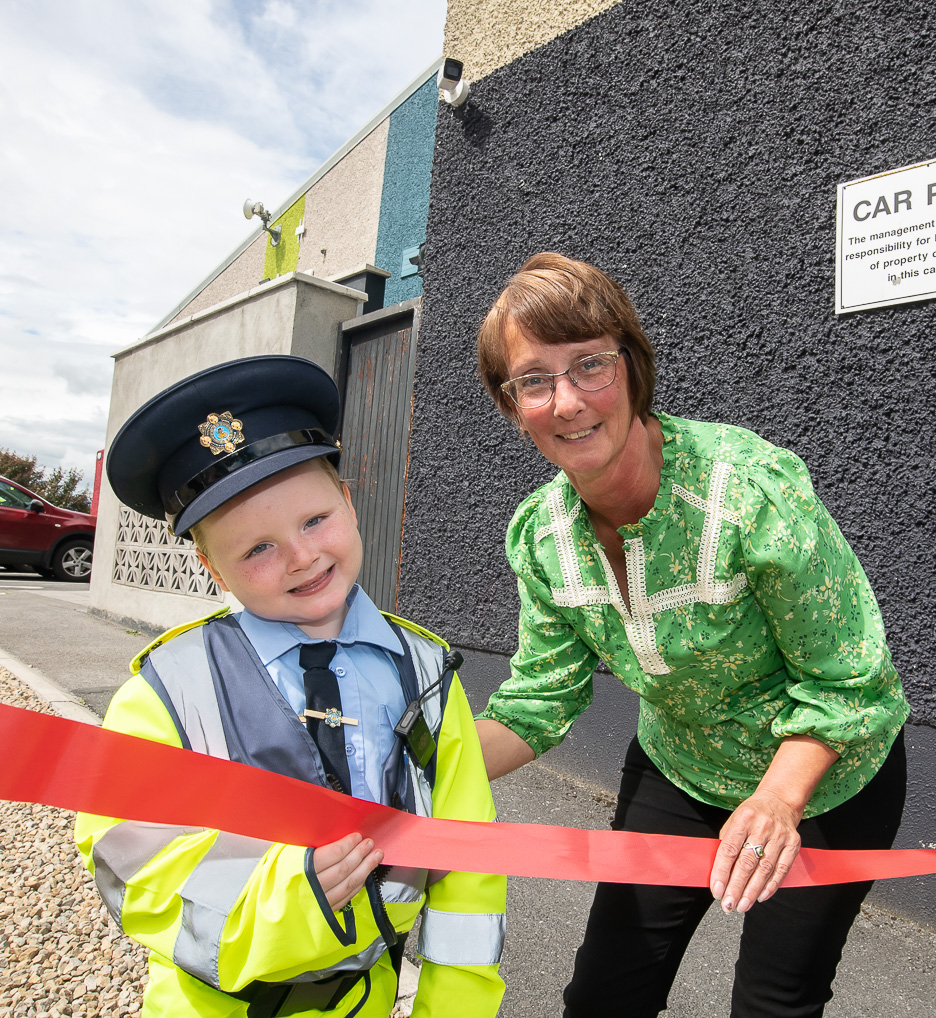 Cllr Bracken paid tribute to local Sergeant Mick O’Connell, who he described as an old style garda who had forged strong links with the community. “We have less and less anti social behaviour and less crimes in the area,” he remarked.

He thanked the contractors James Walsh, ACI security, Molloy Electrical and the Dunne Brothers who he said, “never charged a penny” for their civil works. He also thanked the people who allowed cameras be placed at their properties and who are allowing their electricity be used to support the scheme.

The population of Mountmellick and its environs has now reached 7,500, revealed Cllr Bracken. “These cameras will complement the work of the Gardai and it is a great achievement for all involved,” he said. 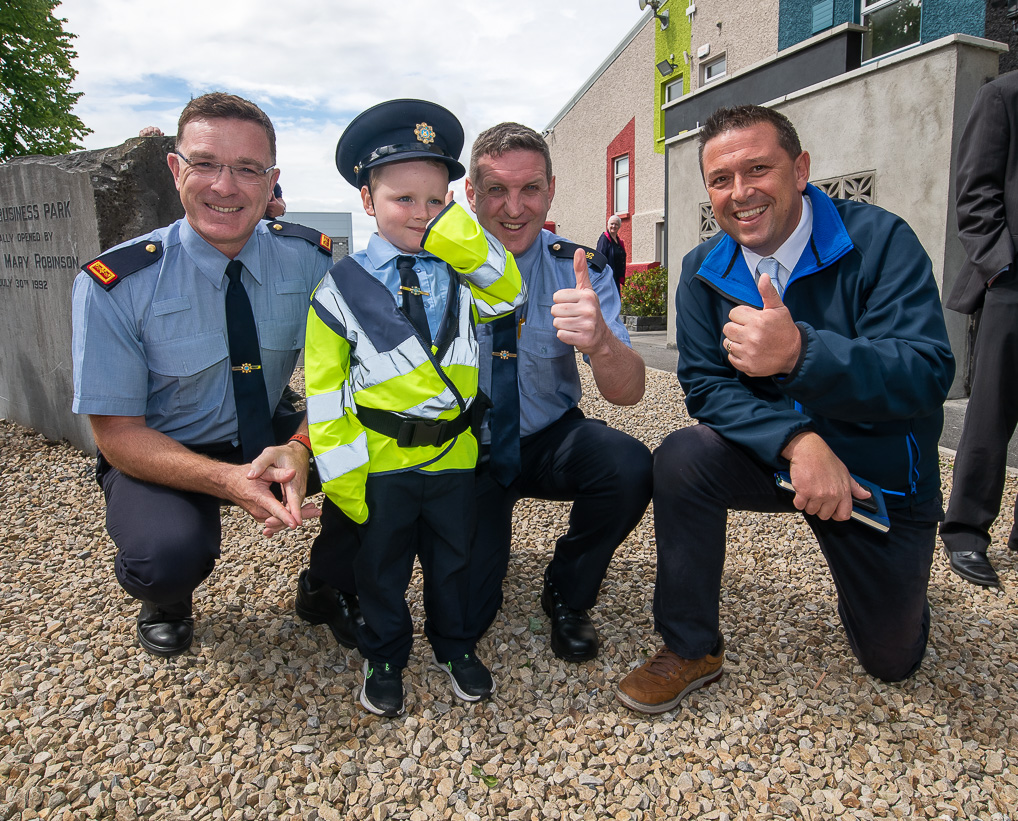 Laois/Offaly Crime Prevention Officer, Sgt Graham Kavanagh acknowledged how much work had gone into the scheme. He said “to the groups that are waiting, we will get to this stage with you.”

He praised the work of those gathered and said that there was “a Barbara in every group in Laois”.

While CCTV schemes are a great deterrent, Sgt Kavanagh urged people to not let it be the only deterrent. He asked people not to become complacent, to continue to take their home security seriously and to always report suspicious activity.

Laois County Council Director of Services Donal Brennan recalled being told that in order to achieve anything in public service, patience and perseverance were required and he said the community in Mountmellick has both. 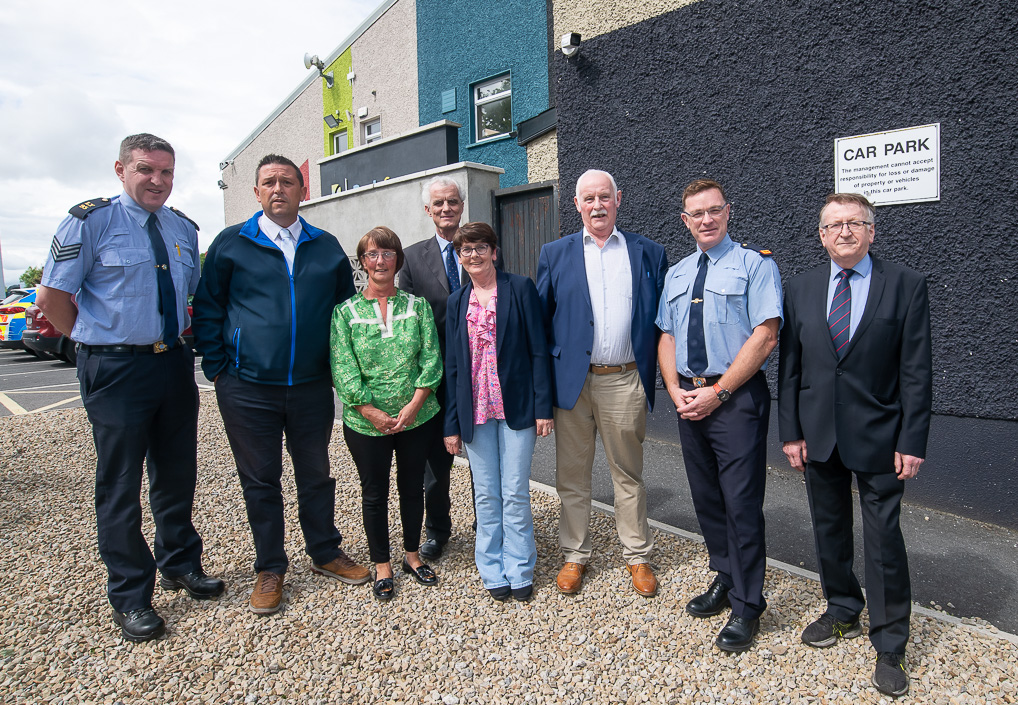 “It is heartening to me to see the support that you are extending to our organisation. You are a credit to yourselves, Barbara, your whole committee and all around you, you are a credit. I would like to say a hearty congratulations on this fantastic achievement,” he said.

He acknowledged the massive commitment and energy that was spent on the project. Insp Monaghan praised Sgt O’Connell and his team for the work they are doing in Mountmellick. He also praised the work of Sgt Graham Kavanagh and Community Policing Sergeant, Jason Hughes.

Sgt Mick O’Connell said he wanted to acknowledge the committee and Barbara and all the work they put in. “I would like to just acknowledge Inspector Joe Culliton that can’t be here today. Joe is a native of Mountmellick and put in huge effort and time in getting this scheme over the line,” said Sgt O’Connell.

He explained that Joe had been promoted during the project and “he could over let it go but he kept motoring on and I am sure all the other schemes would acknowledge Joe’s hard work as well.”

Sgt O’Connell said he wanted “to thank the people of Mountmellick. The community here is unbelievable. It is the one thing that this town has, it has a huge heart. There’s a great community… the spirit of the town is unbelievable and I would like to thank everyone for their help,” he said.