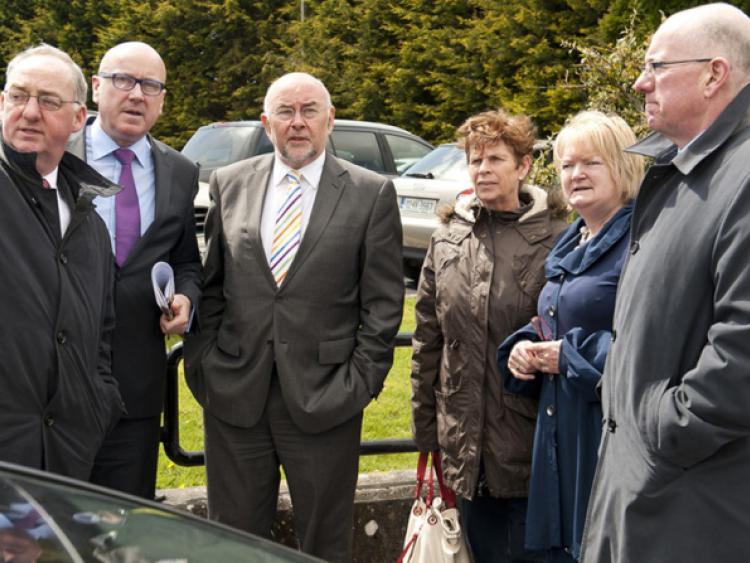 The Minister for Education Ruairí Quinn was urged to give the green light to Ballyroan’s news school during his visit to Portlaoise last week.

The Minister for Education Ruairí Quinn was urged to give the green light to Ballyroan’s news school during his visit to Portlaoise last week.

“Conditions are not suitable, they are using prefabs. The teachers have done tremendous work, and the parish priest Fr Aherne is very anxious to progress this. I am anxious about the growing population in Ballyroan, the current schools will not be able to facilitate them,” she told the Leinster Express after meeting the Minister.

The parish have already bought a site, and plans have been drawn up with McCarthy O’Hora architects, now at stage two of design.

Minister Quinn told her he would “have a look and come back” to her on the matter.

Cllr Sweeney says she has been pushing for the amalgamated school for 26 years.

“I look forward to the minister coming back to me, but this is the fourth education minister I’ve met,” she said.

She was backed by Labour Senator John Whelan, who arranged Minister Quinn’s tour of the new Portlaoise primary schools campuses at Summerhill and Aghnaharna, and Scoil Bhríde Knockmay, last Monday May 13.

“We feel that Ballyroan has embraced the merger process and should be expedited in the schools building programme. This saga has been going on for years,” he said.