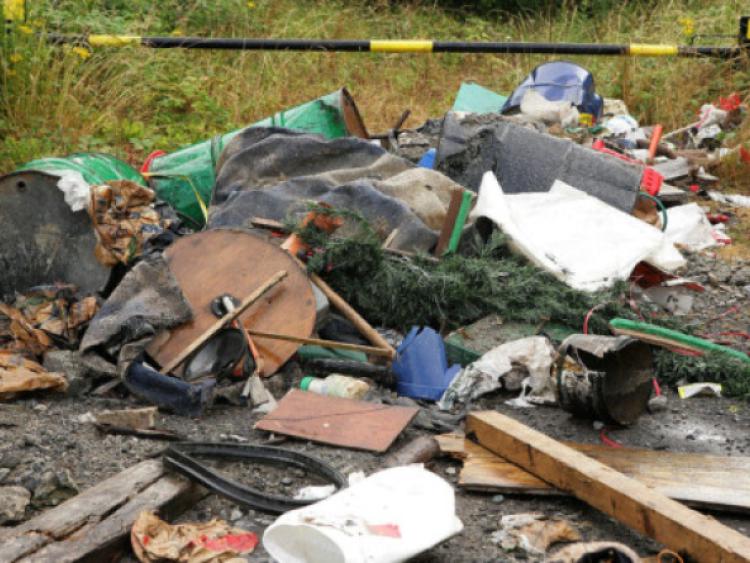 Evidence identifying the owner of illegally dumped rubbish near Vicarstown, will be used to take them to court, where they could be fined of €3,000.

Evidence identifying the owner of illegally dumped rubbish near Vicarstown, will be used to take them to court, where they could be fined of €3,000.

CllrTom Mulhall has urged homeowners to be careful who they choose to remove waste, as they will be liable if it is dumped illegally.

A load of waste and household rubbish was dumped at the entrance to Rossmore woods late last Monday night, July 22, on the Cappakeel to Vicarstown road.

Cllr Tom Mulhall was notified about it on Tuesday morning, and immediately rang the environment section of Laois County Council.

“They acted quickly and went out to do an intensive search through the rubbish the same day. They found sufficient evidence to prosecute,” he said.

Among the debris dumped were concrete blocks, barrels, carpet and general household waste.

“It looked like someone had done a general clean-up. I would like to warn people to be very careful who they get to do a clean-up. They might say they will take it away, and you don’t have to worry, but you have to be very careful and know where they are going, and perhaps ask for a receipt from the landfill,” he said.

The owner of the rubbish will now be prosecuted in court, even if they paid someone else to remove their rubbish in good faith.

“I am sure they will be recouping their costs in court. I welcome the investigation, the council and litter wardens made wonderful progress,” said Cllr Mulhall.