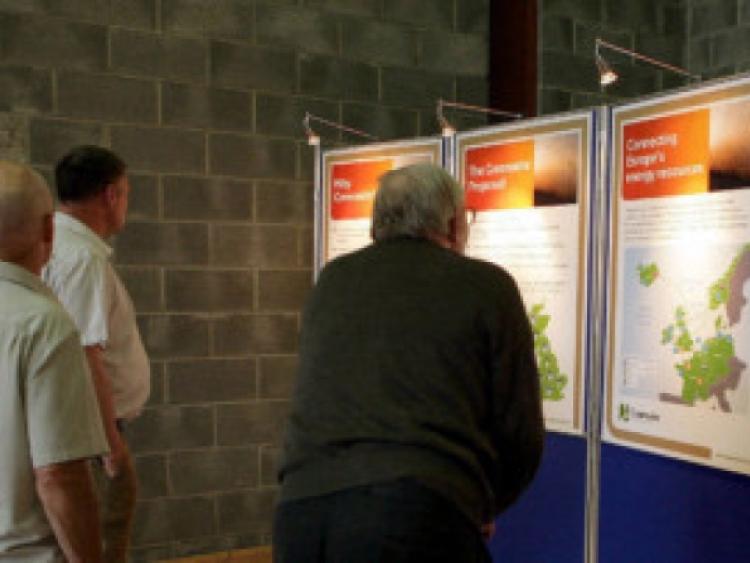 Vicarstown is Greenwire’s only Laois site not designated as ‘preferred’for windfarms was chosen after a group of interested farmers approached the company, it was claimed last week.

Vicarstown is Greenwire’s only Laois site not designated as ‘preferred’for windfarms was chosen after a group of interested farmers approached the company, it was claimed last week.

It also emerged at the opend day in Vicarstown that hundreds of farmers around Laois want to cash in on the turbine bonanza.

“We came and looked at the site in 2012 and after applying constraints such as distance from housing, rivers and roads, we signed agreements with landowners,” said development manager Kevin Hayes.

He points out that about 79 per cent of the land in Laois is prohibited to have turbines. “We still get approached by about ten landowners a week,” he added.

Annual community grants in the vicinity of each windfarm of €40,000 are promised.

Greenwire are also offering education grants to local students interested in studying renewable energy and a ‘near neighbour fund’ is also on offer.

The Greenwire project will go to An Bord Pleanala for planning in early 2014, once surveys are complete across the midlands. They plan to build 750 turbines up to 185 metres tall in 40 farms, with about six farms in Laois, promising 10,000 construction jobs and 3,000 over the 25 year lifetime of the turbines.

EP’s main sites under study are from The Swan to Fossey Hill, Rossmore, Ballyprior near Stradbally, Ballyroan, Baybridge near Mountmellick, Iry near Ballyfin, and between Clonaslee and Rosenallis.

Mainstream are investigating four Laois sites, in Stradbally, Luggacurraun, Baunoge and Iry (Mountrath), with a total maximum capacity of 40 to 50 turbines, while Coillte are planning a 18 turbine farm in Cullenagh for the Irish grid.