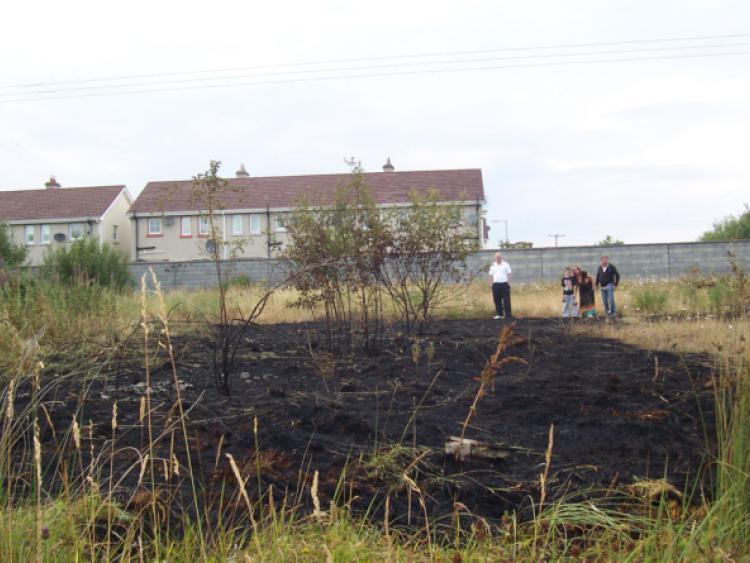 Portlaoise residents are calling on Laois County Council to take control of two derelict sites, which are attracting anti social and criminal activity.

Portlaoise residents are calling on Laois County Council to take control of two derelict sites, which are attracting anti social and criminal activity.

The two fields at the front of three housing estates beside the old Dunnes Stores on Green Mill Lane, have been left undeveloped since 2009 by owner Eamon Horan, a publican living in Wicklow.

The council have served Mr Horan with four notices of dereliction, fining him €4,500 last year, which he has not yet paid. Neither has he complied with orders to remove rubbish and old foundations, level the site or put up fencing.

While the council are considering legal action to recoup the fine, residents’ representative, Stan Henderson, wants them to go further and buy the sites using a Compulsory Purchase Order, to give the children a place to play while stamping out crime.

“The whole community is calling on the council to get this sorted, and return it to the community as a recreational park. This site has become a dumping ground. People are setting campfires, sitting around drinking. We have to be extra careful with our security and our kids. The lid was taken from the sewerage system and we have a temporary cover on it, but young kids are running in and out of the site, it’s only a matter of time before there is an accident,” he said.

Portlaoise Gardaí have recommended a list of improvements to the council, that would eliminate crime and anti social behaviour, including fencing off the land and improving lighting.

“It is being used to gain access to the estates to commit crime and escape and becoming nothing more than a litter trap and place of concealment,” said Sgt Padraig Farrelly.

Last March 152 residents signed a petition seeking action. In April, they got together with the help of Cllr Alan Hand and cleared all the rubbish up, including mattresses and dirty nappies, filling over 70 binbags, which the council removed as part of Clean Up Laois week.

An action committee has now been formed, which includes Gardaí, representatives from Respond and Laois Partnership and Cllr Hand.

Cllr Hand is hoping the council can get funding such as a sports capital grant, to buy the land, or at least create a safe play area.

“Ideally it should be a recreational or green space. It is zoned for business development but that is not going to happen.

“There is no tradition of the council using CPOs except for roads, and that’s probably why developers don’t comply with dereliction orders, they are just pieces of confetti to them. It is an option for the council,” he said.

They are holding a meeting in the Mill Court Community Centre on August 19, at 4pm. They have invited council staff, the landowner and all interested parties.

“We are all crying out for something to be done,” said Mr Henderson.

Laois County Council will not confirm if they will attend the meeting. They also declined to comment on the request by residents to clean the site, or buy the land.

“Laois County Council is dealing with this matter in accordance with the Derelict Sites Act 1990,” a senior officer said.