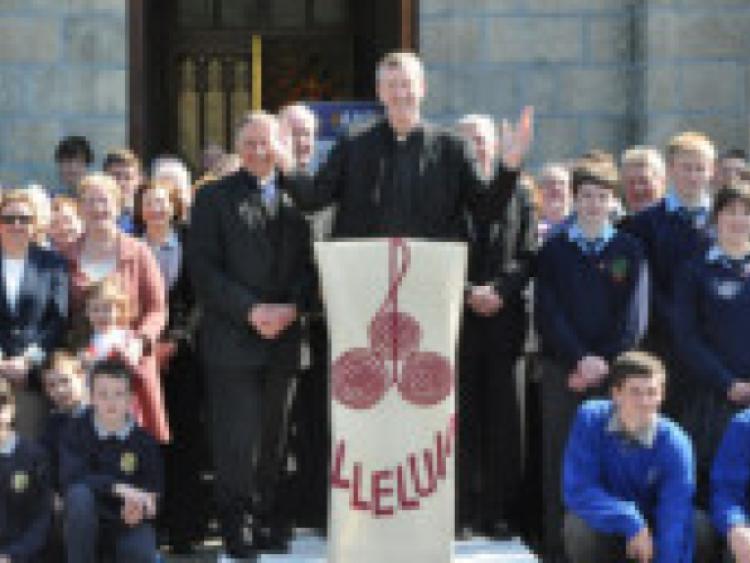 The new Kildare and Leighlin Bishop will be officially installed at a sepcial ceremony in Carlow Cathedral, this weekend.

The new Kildare and Leighlin Bishop will be officially installed at a sepcial ceremony in Carlow Cathedral, this weekend.

The Episcopal Ordination takes places on Sunday, August 4 at 3pm.

The chief consecrator will be the Archbishop Diarmuid Martin, assisted by Bishop Michael Smith of Meath and the Papal Nuncio, Archbishop Charles Brown.

In the days before his ordination, Fr Nulty said he was honoured, privileged and humbled to have been chosen by Pope Francis to be Bishop.

“Witnessing the preparation for my ordination ceremony on August 4 in Carlow Cathedral has confirmed for me how blessed this diocese is in the gifts and talents of so many,” he said.

Fr Nulty said he was glad the ceremony would be streamed live on the internet, as it was not possible to accommodate everyone in the Cathedral.

“I hope that the broadcast will unite us in prayer and celebration,” he said.

He also plans to travel around the diocese in the coming weeks and months to meet local communities.

On the day, the homily will be given by Monsignor Brendan Byrne, who has served as Diocesan Administrator for the past three years since the resignations of Bishop Jim Moriarity.

The cathedral will be full to capacity on Sunday and will include 200 family and friends of Fr Nulty, 170 parsh representatives, 100 diocesan guests including members of the local religious communities, a further 100 people in the choir and assisting in the liturgy and 200 priests including priests from the Diocese of Kildare and Leighlin and Meath. Members of the hierarchy of the Church will also be in attendance and admittance to the Cathedral will be by ticket only.

Other people who wish to attend will be accommodated in the nearyby George Bernard Shaw Theatre and Parish Centre where the service will be screened and Holy Communion will be brought from the Cathedral.