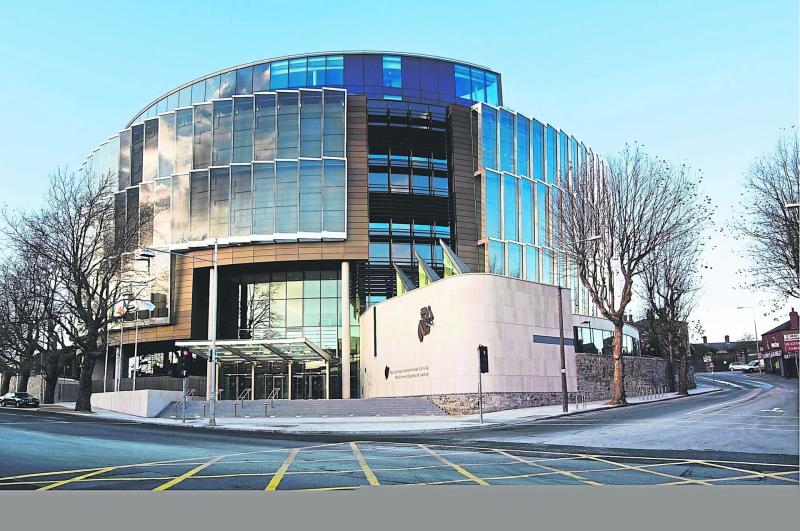 A teenager was holding a bottle of holy water when he told a garda that he had stabbed a fisherman who he said had come into his house, grabbed his mother and was "punching and swinging kicks", a murder trial has heard.

Dean Kerrie (20) with an address at St Brigid's Square, Portarlington in Co Laois has pleaded not guilty to murdering 25-year-old Jack Power at Shanakiel, Dunmore East, Co Waterford on July 26, 2018, when he was 17.

Giving evidence today on Thursday, Sergeant Pat Kenny told Michael Delaney SC, prosecuting, that all the front windows on the Kerrie house were broken when he arrived at the scene. Dean Kerrie, who was wearing a t-shirt and pair of shorts, was sitting in the corner of the kitchen crying and saying "sorry", and that "he shouldn't have entered" his house, recalled the witness.

Sgt Kenny said he arrested the accused on suspicion of assault causing harm to Mr Power and formally cautioned him.

In reply to the caution, Mr Kerrie replied: "He should not have come into my house. I was asleep. I heard a smash and the front window breaking. Jack was in the hall and grabbed my mother. He started punching and swinging kicks. I grabbed a knife that was next to bed. Stabbed him with it [sic]".

Under cross-examination, Sgt Kenny told Ciaran O'Loughlin SC, defending, that the accused was holding holy water when he was in the kitchen.

Another witness, Ms Sharon Murray, told Mr Delaney that she was sitting outside the front of her parent's house on Circular Road in Dunmore East on July 25 when she saw three youths walking past the house. She recognised one of the youths as Dean Kerrie but didn't notice the other two boys. The accused was wearing a white sweatshirt, she added.

The witness agreed with Mr Delaney that the three boys had walked from the direction of Queen's Terrace on Circular Road and passed her parents house.

In his opening speech, Mr Delaney said that Mr Power was of the view that damage to the wing mirror of his car, which had been parked on Circular Road, was malicious and "in his own mind Dean Kerrie was a suspect" for the damage.

The jury has heard a 999 call made by Mr Kerrie at 3.44am on July 26 in which the accused said that Mr Power had come "in the front door at him" and tried to hit him. He said he had stabbed Mr Power in the chest with a kitchen knife but that he didn't mean to. He said Mr Power might have come to his house to blame him [the accused] for breaking the wing mirror off the deceased's car but said that he didn't do anything.

Garda Ruth Finn, who is also a qualified forensic collision expert, testified that she located a silver Volkswagen Polo in a cul de sac between Ard Na Coille and Shanakiel after the incident. She said there was damage to the bonnet of the car and that the outer casing of the passenger side wing mirror was missing.

Gda Finn said she was satisfied from looking at the vehicle and the damage to a pole that the car had been in a collision on Circular Road. She could not say how the damage to the wing mirror happened but testified that she did not believe it had happened in the collision.

In his opening address, Mr Delaney also told the jury that when Mr Power got into his car after leaving a pub that night he went to drive away but the vehicle struck a pole causing damage to the front bumper and grill. The car was still drivable after the collision and Mr Power drove away from Circular Road to the top of the village, where he parked in an estate adjacent to Shanakiel.

Garda Joyce Donoghue told Mr Delaney today that Mr Power was grey in colour and his eyes slightly opened when she arrived at Shanakiel that night. She said Mr Power had a stab wound in the centre of his chest, that there was a very small amount of blood coming from the wound and that there did not appear to be any signs of life.

When she entered the Kerrie house, Gda Donoghue said she observed a broken chair and a black and white handled knife in the hallway.

Under cross-examination, Gda Donoghue agreed with Mr O'Loughlin, defending, that the damage to the kitchen chair was recent.

The trial continues tomorrow before Mr Justice Paul McDermott and a jury of five men and seven women.