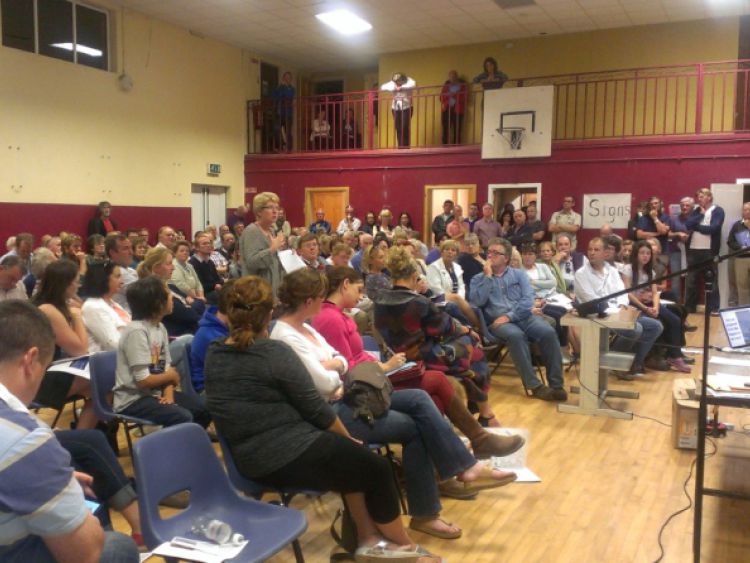 Laois County Council have refused permission to Coillte to build an 18 turbine windfarm near Ballyroan,over concerns for the environment.

Laois County Council have refused permission to Coillte to build an 18 turbine windfarm near Ballyroan,over concerns for the environment.

Planners refused permission for the 130 metre high windfarm because they were “not satisfied...that appropriate or adequate consideration of the effects of the development on the environment has been carried out”.

Nor were they satisfied that the integrity of Special Areas of Conservation and Special Protection Areas would not be adversely affected, so the windfarm would contravene the County Development Plan.

The State-owned forestry company Coillte Teoranta have not said if they will appeal the decision to An Bórd Pleanála.

“We are waiting for full details on the refusal of the proposed windfarm before we make a decision,” their spokesperson said.

They have four weeks to appeal, in what could be a long fought battle.

“We are very pleased that the council turned it down, but we expect that Coillte will appeal, so this is just the start. It will be appealed without the support of the council, that is positive,” he said.

There is much local opposition to the development, which takes in scenic Cullenagh mountain.

155 submissions were made in objection, including one from the National Parks and Wildlife service, who have concerns of an impact on the freshwater pearl mussel, and another from TD Charles Flanagan.

The council also halted plans for a windfarm at Spink.

The company have also been told to carry out a Natura Impact Statement, and must reapply from scratch again.

The public submitted 114 objections to the Spink plan, sited near Laois’ only windfarm at Gortahile.