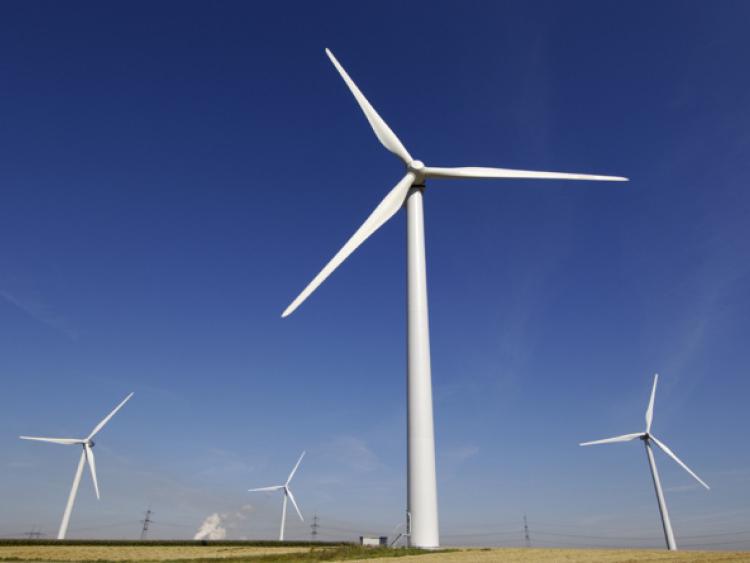 New draft government guidelines on the construction of industrial wind turbines have been released for public consideration.

New draft government guidelines on the construction of industrial wind turbines have been released for public consideration.

Updates to the 2006 guidelines propose a minimum 500 metre setback from homes, to prevent “visual obtrusion”, and an outdoor noise limit of 40dBA (equivalent to the hum of a refrigerator).

The revisions got a mixed reaction from Laois TDs. They were slammed as “a cosmetic exercise” by Sinn Féin Dep Brian Stanley, but welcomed by Fine Gael’s Charlie Flanagan.

“This will allow those who have stated their concerns up to now to make real and meaningful contributions on the possible impact of wind turbines on their own community, their own home or their own health,” said Dep Flanagan.

He hopes the “legitimate concerns of local communities” are now considered.

“The spread of misinformation throughout rural communities has been both damaging and divisive. This has not been helped by the failure of wind companies to engage properly with communities that raise their concerns,” he added.

However Dep Stanley believes fears will not be allayed.

“This is just a cosmetic exercise which won’t fool those opposed to the erection of these wind farms in their communities and close to their homes. The proposed 500 metre set back distance is totally insufficient and people should not be expected to live in such close proximity to such giant structures. Setback distances should be based on the height of the turbines,” he said.

He says guidelines even if revised are “useless”.

“What we need are statutory regulations which can be enforced in the courts and which include severe sanctions and penalties for breaches of these legal requirements,” he said.

“The government seem determined to impose these wind farms on rural communities and I urge people to make submissions before the deadline. There should be a moratorium on all further planning permissions for wind farms until proper regulations are in place,” he said.

The public can make written submissions on the proposed guidelines up to February 21.