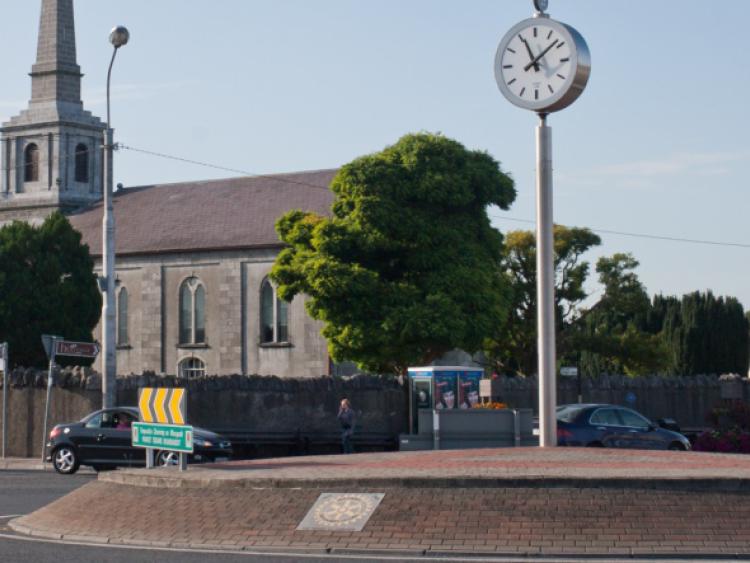 Cllr Tom Mulhall had proposed that the Council should encourage local businesses to sponsor roundabouts and erect signs in the Emo area.

But Cllr Ray Cribbin declared: “I think this is the most dangerous thing you that do--putting signs in the middle of a roundabout for shops. People are going to be looking at it. It’s silly and dangerous.”

Cllr Mulhall: “Will we be advertising buchalawns and thistles on them (roundabouts)? I believe in having roundabouts looking well with flowers.”

Horticulturist Maeve Flynn (in a written response) said the Council had advertised for sponsorship of 20 roundabouts but had received only three tenders from Lidl, McDonalds and Shaws. They had chosen just 11 roundabouts: nine for Lidl, two for Shaws, and one for McDonalds, she revealed.

Chairman Cllr James Deegan, agreeing with Cllr Cribbin, referred to Bloomfield Cross, on the Stradbally-Portlaoise Road, where, he said, there were 34 different signs. He added: “I think the signs should be taken down.”

Cllr Mulhall: “Only the shops that sponsors a roundabout should be allowed to put up a signs.”

Chairman Deegan: “We should not be dependent on Lidl, Shaws or McDonalds to maintain roundabouts. They should be the responsibility of the local authority.”

Senior Executive Engineer Orla Barrett: “We could not possibly take on the maintenance of all the roundabouts.”

Chairman Deegan: “I must say the Council is very relaxed towards some signs.”