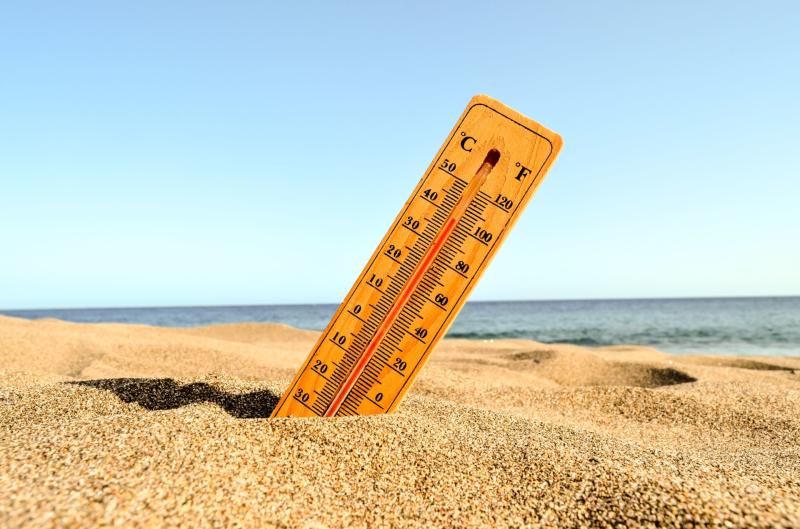 Ireland is set for a blast of summer with Met Éireann forecasting a surge in temperatures in the coming days with glorious weather on the way for the weekend.

While a little more dull weather will have to be endured before that, Met Éireann says will be a good deal of dry weather in the coming days with temperatures rising into the mid 20s.

The forecaster says it will be warm and dry for most over the weekend, with a mix of cloud and sunshine with some rain in places at times in the coming days.

However, it's not expected to get very hot. The forecaster's farming section says the coming week will see average to 1 or 2 degrees above average in the east for the time of year.

Ireland won't be basking in sunshine either as there will be a good deal of cloud overall in the next week. The best of the sunshine will be in south and east of the country with around average or above average amounts here.

Where the sun does shine, UV levels will be very high or high in any sunshine

A high pollen risk can be expected in most regions for the next few days, apart from a low to moderate risk on the north-west coastal areas.

The full weather forecast for the coming days from Met Éireann is as follows:

Mostly cloudy this afternoon with some light rain in the northwest, and just isolated showers elsewhere. Some places will get the odd bright or sunny spell, best of these in the east and southeast. Highs of 16 degrees in the northwest, up to 21 or 22 degrees in the southeast. A little breezy, with moderate to fresh westerly winds. Winds will be strong on northern coasts, easing this evening.

Humid and cloudy night with the odd spot of rain or drizzle here or there, but for many it will be dry. Very mild with temperatures remaining above 13 or 14 degrees generally overnight. Northwest winds will ease to a light to moderate breeze.

Starting rather cloudy with some spells of sunshine developing through the day, best of these in the south or east. A good deal of dry weather with just light scattered showers. Highest temperatures will range from 17 degrees in western and northern areas, to 22 or 23 degrees in the south and southeast. Northwest breeze will be light to moderate.

Largely dry with some clear spells on Thursday night. Generally overcast for the north and west with some patches of rain there. Light west to northwest breezes. Mild with lowest temperatures of 12 to 15 degrees.

Dry in many areas with isolated showers, the northwest will receive some light rain. Good deal of cloud cover with better sunshine later in the day, most likely in the south. Highest temperatures of 17 to 23 degrees, warmest in the southeast and coolest in the northwest. Light to moderate northwest breezes.

Cloudy with the odd spot of drizzle in the north or west overnight on Friday, but otherwise dry. Temperatures not falling below 12 to 15 degrees, with light westerly winds.

Largely dry with just well scattered showers in a mix of cloud and sunny periods. Highest temperatures of 19 to 23 degrees, warmest in the south and a little cooler in the far west and northwest with a light northwest breeze.

Another mainly dry and warm day with just isolated showers and sunny spells. Highest temperatures of 20 to 24 degrees, best values across Leinster and Munster with light westerly or variable breezes.