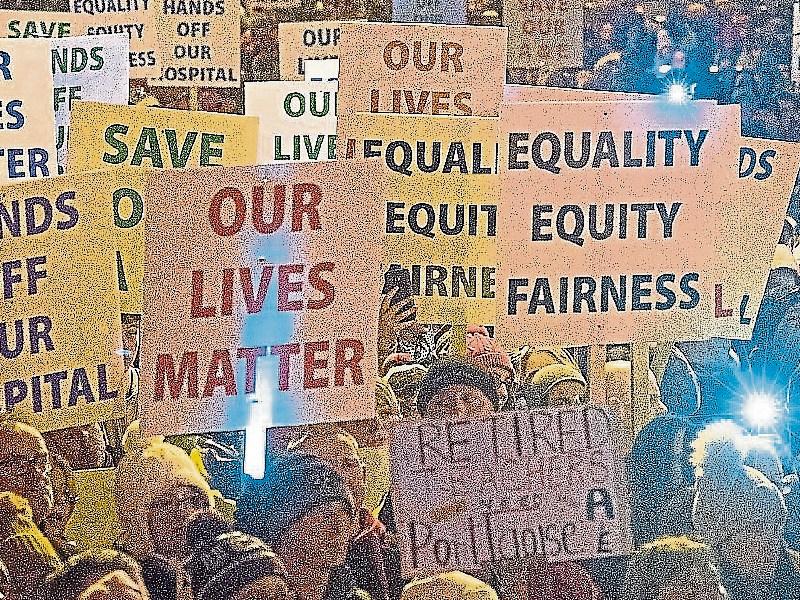 Laois people are being urged to support the campaign that is fighting for the retention of emergency services at  Navan Hospital.

The Portlaoise Hospital Action Committee, which has been involved in a similar campaign for many years, has given its full support to the Co Meath campaign to halt downgrade of the Our Lady’s Hospital Navan.

The HSE wants to concentrate emergency services in Drogheda. It's a similar to the process which was stalled in Laois in 2017 when the HSE published a report calling for the removal of the Midland Regional Hospital Portlaoise.

John Hanniffy is secretary of the Portlaoise Hospital Action Committee.

"Portlaoise Hospital Action Committee wishes to express our unreserved support for the people of Navan and Meath, the stafff and patients of Navan Hospital and the local campaigners fighting to retain full services in Navan Hospital Accident and Emergency Department.

"The decision of the HSE to downgrade the A&E at Navan Hospital is ill-judged, ill-timed and unsupported by evidence. We fail to see how the HSE can take such a decision without first carrying out an impact assessment on the closures in Cavan and Monaghan (hospitals) or reviewing the situation that exists in University Hospital Limerick following similar downgrades to Nenagh and Ennis hospitals respectively.

"Furthermore, as in our case, the HSE has not shown that it has sufficient capacity elsewhere to pick up the proposed increases in volumes," he said.

Mr Hanniffy issued an appeal to people to support an upcoming protest which the Portlaoise committee had to mount in 2017 when a report outlining Portlaoise's downgrade was leaked.

"We urge anyone from Laois and surrounds to lend their support to the Navan campaign and in particular their March in Navan on Saturday, July 9 at 1pm," he said.

The outgoing HSE CEO has backed the downgrade of Navan Hospital. However, the Government has held back on giving the green light.

Minister for Health Stephen Donnelly said on June 14 that no decision regarding the HSE’s proposal for the transition of the Emergency Department at Our Lady’s Hospital Navan has been agreed by this government.

However, he said that the HSE has clinical concerns about the safety of the Emergency Department at Navan. He said he had asked the HSE to outline those concerns and consult with elected representatives on behalf of the local community.

He said several important issues, including additional capacity in other hospitals impacted, as well as the continued ability of people in the Navan area to access emergency and urgent care, would need to be fully addressed before any proposed transition by the HSE takes place.