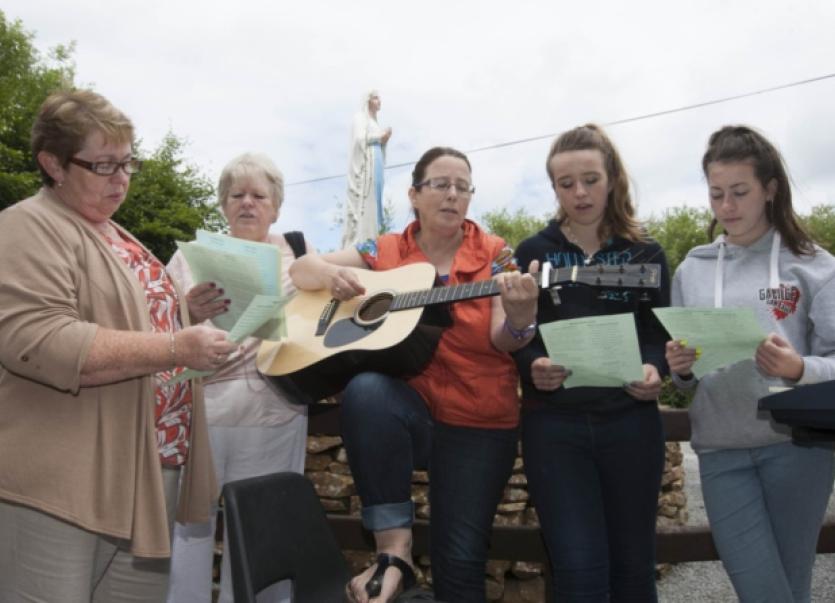 The Laois priest who saved thousands of war torn refugees and famine victims from death, was prayed for in Ballinakill last Sunday July 13.

The Laois priest who saved thousands of war torn refugees and famine victims from death, was prayed for in Ballinakill last Sunday July 13.

On the 25th anniversary of the founding of Vita, Fr Kevin Doheny’s community and family gathered in Ballinalacken with members of the charity to celebrate his life’s work.

Crowds sat beside the shrine that was built in memory of the late Fr Doheny and his brother Fr Mike Doheny who founded Concern.

Mass was celebrated by Fr Liam Sharpe from Castlecomer, close to the small hillside Doheny homestead, now the home of his nephew Sean.

The youngest of ten children, Fr Kevin’s father died when he was six months old. His mother reared them and five went on to religious life, with Fr Kevin and Fr Mike becoming Holy Ghost priests.

Fr Kevin worked up until his death in 2000, helping refugees during the Biafran War in 1967, the famine in Ethiopia in the 1970’s and making many political interventions for compassion, funding and peace in the Middle East and Africa.

In his autobiography ‘No Hands but Yours’, he recalled lying in a trench with 600 Biafran women and children, forced to flee when Nigeria invaded.

They could hear a rescue plane approaching.It was forced to turn back and the cries of the women and children never left him.

“He kept people together body and soul, he had food brought in, and medicines, focusing on the women and children,” said Kathleen Mooney.

She is PRO of the Friends of Father Doheny, formed six years ago after Vita asked for fundraising to restart in Laois after his death.

Speaking at the Mass, she proudly recalled the work of Fr Doheny, who personally inspired her and others to help during his annual visits home.

“The mass was a thanksgiving for a wonderful man, acknowledging all the love and support given to him and to us,” she said afterwards.

After wars ended, they changed the name to Vita, evolving to focus on creating sustainable livelihoods to poor communities in Ethiopia and Eritrea.

Their simple but life changing projects teach communities how to build toilets and stoves , introduced a drought resistant potato, and Meringa trees, a source of medicine, food and shelter from the sun.

Along with other members, KathleenMooney has been out to Africa to view the projects for herself, paying for her own trip.

“The potatoes were developed by Teagasc in Carlow, and Vita provided training, they can get two crops a year, it has been very successful. Children are getting educated now too,” she said.

In six years the Friends of Father Doheny have raised €60,000 through concerts and sponsored walks. One of their most successful ideas is handing out simple ‘penny jars’ that local families fill with loose change.

“So many people support it, we are very grateful. To be so successful after 25 years speaks volumes, it all goes back to the man himself, he made personal sacrifices and had a very far reaching affect on people’s lives,” Kathleen Mooney said.

She is one of over 30 Vita volunteers planning to run part of the Great Ethiopian Run for Vita next November.

“All the money goes directly to the projects. The only people paid are people working on the ground in Africa,” she said.