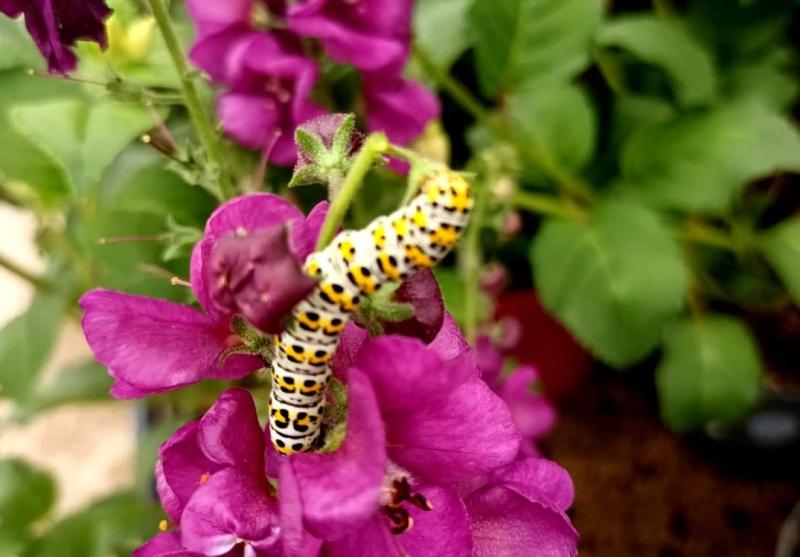 A rare and endangered species of caterpillar has been discovered living at a Laois Garden Centre.

The caterpillars of the Mullein Moth, at least 30mm in length, were spotted by Horticulturist Veronica Smyth at the SOLAS Eco Garden Centre in Portarlington.

John Carey is co-owner of SOLAS which focuses on being Ireland's most eco friendly garden centre.

“It was quite the moment when our eagle eyed Horticulturist Veronica spotted not one, but two rare caterpillars on a plant in our greenhouse.

"She noticed them on a Verbascum plant and was drawn to them as they really stood out with their amazing speckled patterned bodies of yellow and black. She quickly did some research and contacted Ireland's Insects and invertebrates group to help identify their provenance”.

“She quickly confirmed that they are a rare and endangered species, rarely seen in Ireland. In fact this is the only such find in Ireland since the 1950s. In 2016 they were declared extinct until five were found in North Dublin. This species has been listed in the Marco-Moth Red list, published by the wildlife service.”

Fionnuala Parnell, a member of the insects/invertebrate of Ireland made the trip to Portarlington to retrieve, collect and save the caterpillars, bringing them back to Dublin to join their existing caterpillar population there.