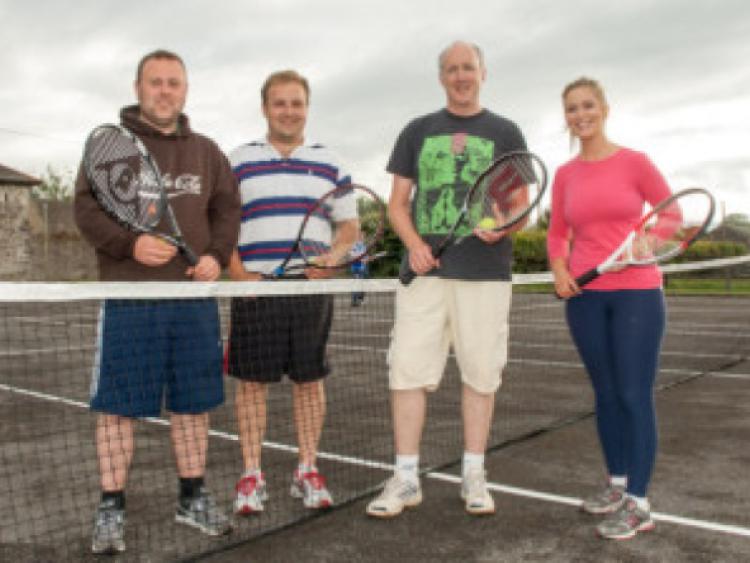 Wannabee tennis players will have to be quick to join the newly reopened Mountmellick Tennis Club, with membership already nearly full for this year.

Wannabee tennis players will have to be quick to join the newly reopened Mountmellick Tennis Club, with membership already nearly full for this year.

The historic club in Irishtown, owned by the Pim family and now leased out to a local committee, first opened in 1882 and closed 12 years ago.

Anthony Ward who grew up nearby and played tennis there as a child, saw a need for the club, and chose Wimbledon season as an ideal time to reopen it.

Along with a small group of hard working volunteers, he has spent every free evening of the past month powerwashing moss off the three full-sized courts and taming the overgrown lawns. The small clubhouse has been restored, the courts have been repainted and new nets installed, while both local garden centres donated colourful flowers to complete the makeover.

The official opening was on Tuesday July 1, with the ribbon cut by Cllr Paddy Bracken.

Interest has flooded in, both from those who would have been members in past years, and newcomers to Mountmellick who never knew the facility existed.

“We have over 50 members already, I thought we might get 20 or 30 the first year, I would have been happy with that, but we have doubled it,” Anthony said.

So good is the response that he will soon close membership for 2014.

“Otherwise people would be arriving to play and they would have to wait in a queue,” he explained.

He has more plans for next year, and plans to apply for a sport grant.

“We hope to install lighting and to get a qualified coach,” said Anthony, who added that any money coming is going to be reinvested in facilities.