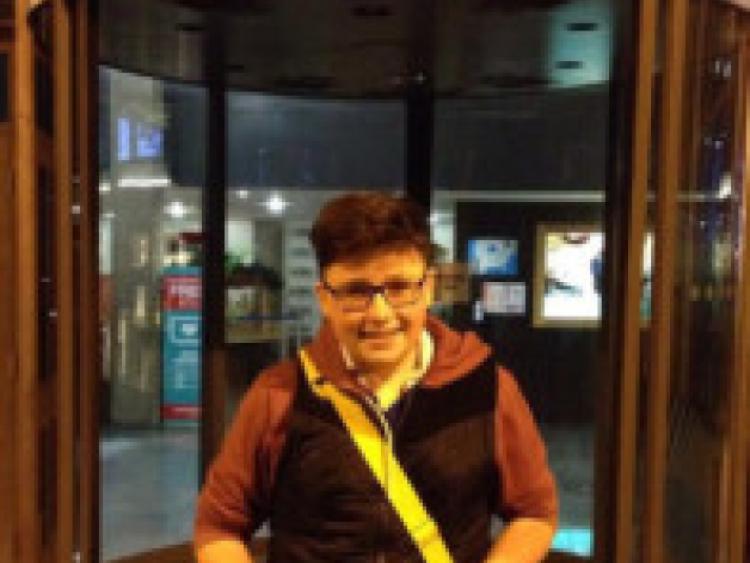 Cian co-performed the Pharrell William’s hit ‘Happy’ as part of a group performance with other musicians and dancers on the Toy Show last week.

Cian sent in his audution tape months ago. He was delighted to be called for an audition and couldn’t believe his luck when a week later he got a call to say he had been selected.

“I was amazed to get the call. I’ve been so excited since, I just couldn’t wait for it,” Cian said.

For his audition tape, Kian sang The Script’s Hall of Fame and played his own version of Riptide by Vance Joy on the Ukelele. Kian also sang Avicii’s Wake Me Up in Irish,

“I think it was playing Riptide on the Ukelele that got the audution for me. I done something that not everyone else does,” Cian said.

It was then onto the live auditions for the CBS student which were held in The Late Late Show studio in RTÉ over the mid term break in October.

Cian explains: “We had to perform in front of six producers. I was lucky that I got to play my ukelele, normally you just get to sing for the judges.

Cian was one of just 36 people chosen to perform on the Toy Show out of the 2000 who applied.

“I met Ryan Tubridy last week when we were doing some interviews last week. He’s great.

“I really like him - he is a great personality.”

“A lot of my friends have put in videos, so they think it’s amazing that I got chosen. Some of them were starting to think it was all fixed but they know now that it’s not,” he said.

A past pupil of the Gaelscoil Phortlaoise, Cian is no stranger to the big stage having played the lead role in the Midlands Drama Society’s Aladdin last year.

“It’ll be no bother to me,” Cian says of his Toy Show appearance.

He currently attends Jesters and drama lessons with Frances Harney.