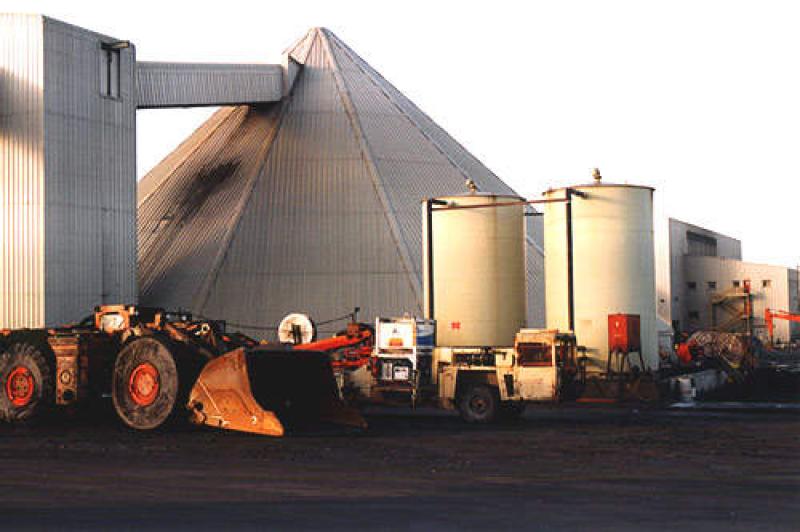 Planning permission has been granted that will allow for the recommencement of underground mining at the former Galmoy zinc and lead mine which straddles Laois and Kilkenny.

More than a decade after mining ceased with the loss of 200 jobs, Kilkenny County Council has given the green light for phase one of a reopening of the project with a target to resume also in Laois.

Proposed works at the site, planned by 'Shanoon Resources Ltd', include an access portal, declines, ventilation shafts and extensions to existing underground workings.

Approved works will involve the refurbishment of a number of existing mine related surface structures, dewatering wells, and buildings including the 'Goul' pumphouse.

There are also plans for a fire and fresh water pumphouse, mine change house, security hut, weighbridge, transformers, sub-stations and switch-rooms, stormwater pond and conditioning pond, rock storage area for the storage of soil, overburden and rock from the mine workings and the ore storage structure (teepee) as part of the ore crushing plant.

Plans are also afoot to demolish the existing plant electrical building in order to provide for the provision of new ore screening and sorting plant and associated stock-piling areas and for the replacement of the previous water treatment plant with a new water treatment plant to treat mine and site water in a new location within the plant site.

The new water treatment plant will reuse and refurbish the existing backfill thickener tank as part of the revised plant.

The provision of a mine backfill plant consisting of feed-hoppers, crushing equipment, ball mill, 13.9m high cement silo and mixer is included in the plans and is to be located adjacent to the existing ESB sub-station in the north of the existing plant site.

Ancillary elements; structures for fuel and emulsion storage; water and other pipelines, water discharge diffuser and the installation of a new proprietary effluent treatment system to deal with foul water and wheel wash are all included in the plans.

In addition, the provision of two new wells and associated ancillary pumping infrastructures for the supply of supplementary water to the Galmoy-Rathdowney public water supply (GRPWS) was sought in the application.

The planning application was granted, subject to 44 conditions, by Kilkenny County Council, on June 29, 2022.

It is also proposed to extend the mine into the townland of Kyle, County Laois and a separate application will be lodged to seek permission to mine the orebody in Co Laois.

The mine closed in May 2009, two years earlier than planned. An estimated 200 jobs were lost at the time.  Canada's Lundin Mining Corporation said the closure is due to the sharp drop in zinc prices.