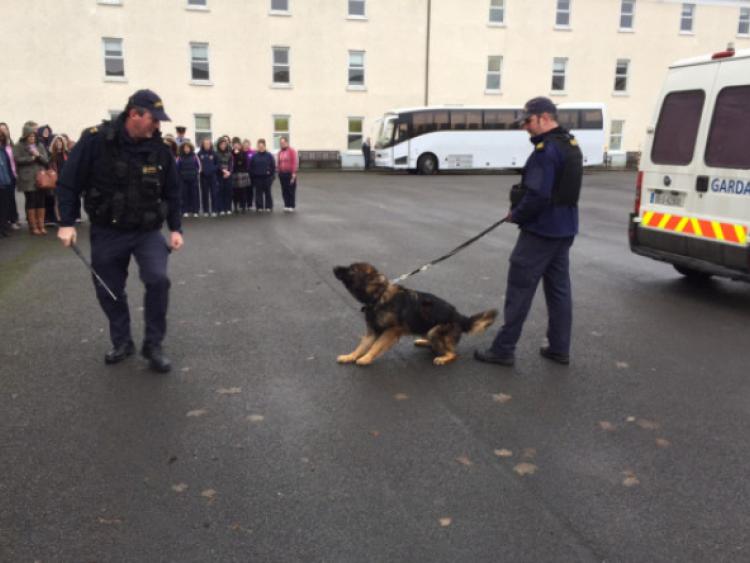 As we entered, our attention was drawn to the Roll of Honour of Gardaí who lost their lives in the line of duty.

The first part of the seminar dealt with the legal requirements for modified vehicles. We were shown slides of what can happen when drivers misuse their vehicles.

The instructors then moved on to Forensic Collision Investigations. We learned that mathematical calculations are an important factor in road traffic investigations. Slides showed Gardaí in the course of their duty investigating collisions and more outlined the damage that can be caused.

We met a crash survivor named Barry. Prior to his accident, Barry was a block layer but is now a barber. He outlined the events leading up to the accident and the aftermath as much as he can remember, due to his injuries.

He was adamant that had Cashel hospital been closed, he would never have made it alive to Cork hospital. It was a real eye-opener.

In the afternoon presentation “It Won’t Happen To Me”, a Garda highlighted the implications of exceeding the speed limit, non-use of safety belts and driving under the influence of alcohol. A slideshow showed the consequences of drivers and their passengers not complying with road traffic laws.

Then a Juvenile Liason Officer outlining her work with juvenile offenders.

We met members of the Dog Unit and their dogs, mostly German shepards, which are specially trained to detect illegal drugs and explosives. Other duties can include crowd control or everyday work such as capturing criminals. One dog attached to the drug unit has so far detected over €8 million worth of drugs. He certainly earns his keep.

Some of us tested out our driving skills on the fixed computer shuttle on both car and motorcycle. This was a very realistic experience and it needed a lot of co-ordination of limbs and eyes. We really enjoyed this informative outing. Many thanks to our teachers Mr Flynn, Mr Haugh and Ms Egan. Darragh Carey Kennedy