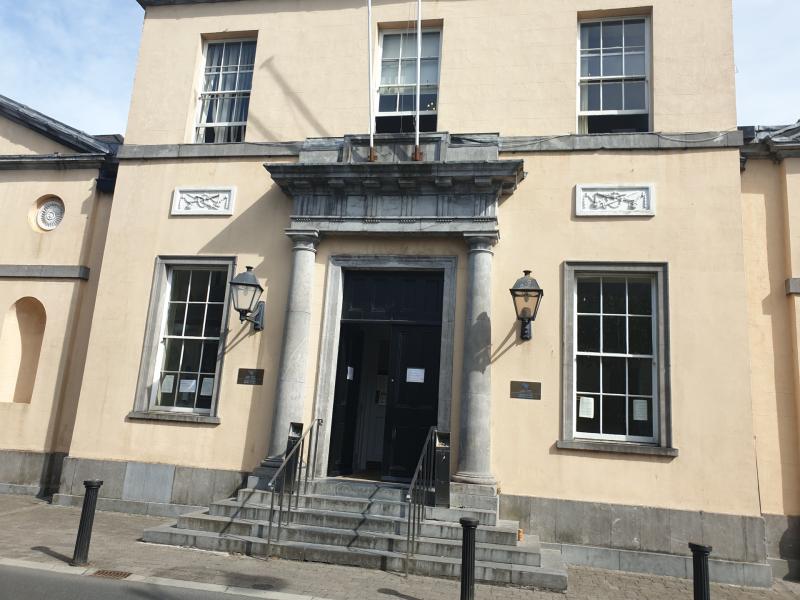 A man who admitted trespassing and producing an iron bar during a row has been jailed for six months.

Sgt Michael Tarpey said the accused was charged with producing an article during the course of a dispute on French Church Street in Portarlington on February 8 last year.  He said the incident occurred when “two male were walking home from work. One of them received a hit to the back of the head.” Sgt Tarpey said the man didn’t require medical treatment but had minor bruising to his left ear as a result of a punch to the side of the head.

The trespass occurred at Rossvale in Portlaoise on November 9, 2021. The court heard there was no damage to the property.

Solicitor Aonghus McCarhy said his client was present during the row but “the other person struck the blow” and while his client had picked up the bar, it wasn’t used.

He said unfortunately “when he turned 17 or 18 he encountered weed and cocaine for the first time.” Mr McCarthy said his client has fallen into a cycle whereby “he gets clean for a while and then he falls into the same trap” of drug abuse and offending.

“He is fit and healthy now and he is back training,” said Mr McCarthy. He said the trespass charge was a “classic example” of his client getting too intoxicated and going to the wrong address. “He was invited to a house in Rossvale. He happened to go to the wrong address,” he said. He pointed out that there was no suggestion that the man had gone equipped to do anything.  Despite the fact that he has 70 previous convictions, he doesn’t have any for trespass, he added.

Judge Conor Fottrell jailed the man for six months and backdated the sentence to May 27.