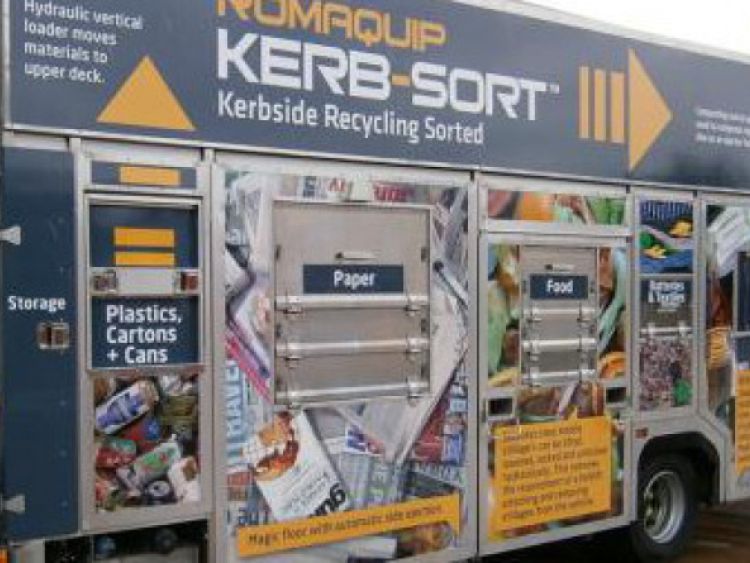 A Rathdowney councillor has appealed to the council to be the first local authority to run a recycling collection pilot scheme using a special collection lorry which could call to estates or particular area’s around the county.

A Rathdowney councillor has appealed to the council to be the first local authority to run a recycling collection pilot scheme using a special collection lorry which could call to estates or particular area’s around the county.

As last week’s meeting of the Borris-in-Ossory/Mountmellick area councillors, Cllr John King proposed that the council introduce a deposit and refund system for schools and clubs to encourage people to recycle cans and bottles in order to stop dumping in the countryside.

Councillor King also introduced the concept of the specially adapted collection trucks to the council executive.

“In England they have these trucks with separate compartments for plastic and cans, paper, food waste, glass and cardboard. They are bought by the different councils and go around collecting recycling in different estates on set date.

Cllr King continued: “It’s a very good initiative, Laois could be the first council to run it as a pilot programme. It’s less cost for households and it makes everyone more aware of recycling.

In repsonse to Cllr King’s motion, Martina Bracken from the Environment Section said they ran a successful Green Schools initiative.

However, she said that this company had since dissolved and after checking with Repak, no other company operates a similar programme.

Director of Services, Anna Marie Delaney, who was at the municipal district meeting agreed with Cllr King that it was a “very good concept.”