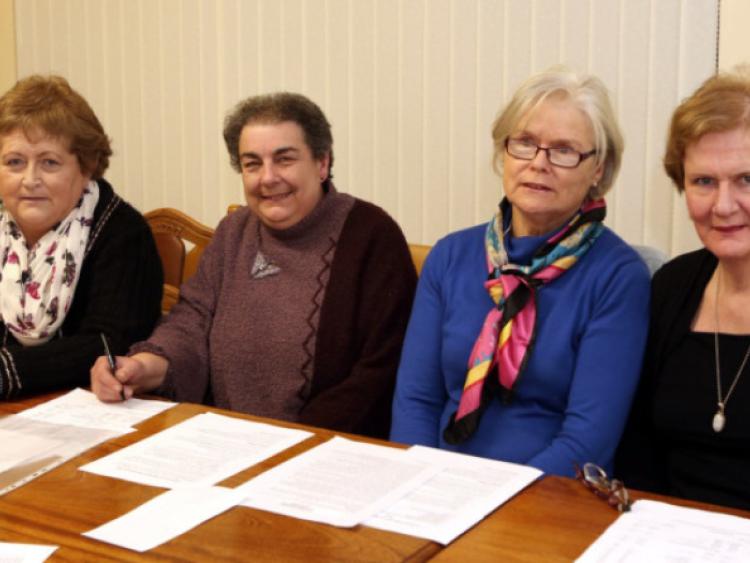 Portarlington Social Services and Meals on Wheels served up 4,874 hot meals last year, it was heard at their AGM last week, which drew only a small audience.

Portarlington Social Services and Meals on Wheels served up 4,874 hot meals last year, it was heard at their AGM last week, which drew only a small audience.

“We had a small crowd, so there is no change on the committee this year,” reports secretary Ann Dunne, while calling for more volunteers to come and help them.

Over 60 drivers work in weekly shifts to deliver dinners to people finding it difficult to cook a hot meal for themselves, be it through old age or health reasons, selected by their doctor or the HSE.

The human contact is as important as the hot food, said Ann.

“Especially out in the country, most of the people we feed are on their own and depending on us. They do get support from their families and neighbours too,” she said.

They deliver meals as far as Killenard, the Borness towards Mountmellick and Clonsast and towards Bracknagh.

Two Community Employment workers cook the dinners, at the centre on the Link Road in Portarlington, refurbished in 2013.

“They are great, we really need them, and the extension has made their lives a lot easier,” said Ann.

The Meals on Wheels costs €44,000 a year to run, between the cost of buying and cooking the 100 weekly dinners, and a part time manager. That cost is met partly through a HSE grant, boosted greatly by local donations, coffee mornings and flag days.

“Last year we got a great response from the public. The HSE grant could be cut any time,” Ann said.

The food is bought in the town, to support local traders, as it has been for the past 44 years.

“We have five butchers including the two supermarkets. Each one gets a month,” said Ann.

They are getting busier with the start of their ‘Friday morning cuppa’ aimed at getting Meals on Wheels recipients out of the house for social contact and a meal, collected from their doorsteps by volunteer drivers.

“It will run until July, each Wednesday for senior citizens. We get about thirty players, they love it. They pay €6 and €5 of that goes towards the winnings, the rest towards the buns and tea,” said Ann.