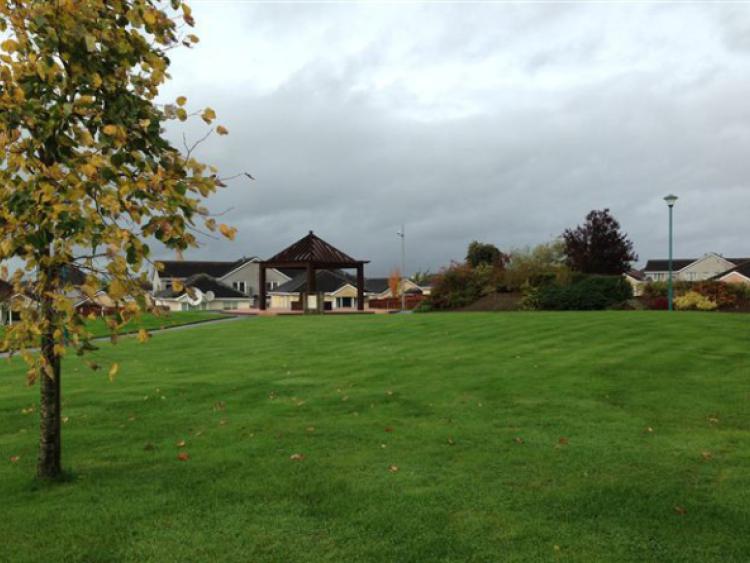 The question of who owns and who can develop or alter green areas in housing estates was raised at a council meeting last week, but there was no simple answer.

The question of who owns and who can develop or alter green areas in housing estates was raised at a council meeting last week, but there was no simple answer.

“This is a big issue down the track, we’re taking in charge of a lot of estates where the developer is bust, yet the green space belongs to someone else and no-one can touch it,” he said.

In answer to the motions, Laois County Council Director of Services Kieran Kehoe said it was “a tricky enough legal area”.

“When we take an estate in charge, we do not take on ownership of green spaces. At national level there is a group looking at the complete mechanism of taking in charge,” he said.

In estates where the developer is bust, and the council have taken on maintenance of roads and services, nobody owns the green spaces.

However the council made it clear that any development on them must include ownership / interest, and planning permission.

He asked if a road could be laid across a green space in Brotherton Estate, Graiguecullen, requested by four homeowners who want a shortcut to their houses.

The reply from Laois County Council was that green spaces are in private ownership, and form the open space of the scheme. The owners of the houses would require ownership/interest in the lands and planning permission to alter them.

“What does that mean?” asked Cllr Fleming.

“He’s gone. Would they have to get planning permission to dig up the green?” Cllr Fleming asked, at which point Cllr Paschal McEvoy interjected.

“A mini digger of a Saturday morning,” he suggested.

Cllr Tom Mulhall asked if it was “no-man’s land”.

“We are not down as registered owners but we have access to things like sewage. I think with this case we will check underground, and see if all the residents are in agreement, and there is no safety issue with road design,” he said.

Cllr Fleming also enquired what were the plans for a fenced off green space between Rochford Manor and the Pines housing scheme in the same village.

“There is no real access to it. No one really goes in, and people were on to me about dumping there,” he said.

The council reply is that the land is part of the open space for The Pines, with a pedestrian access gate. The illegal dumping will be followed up.