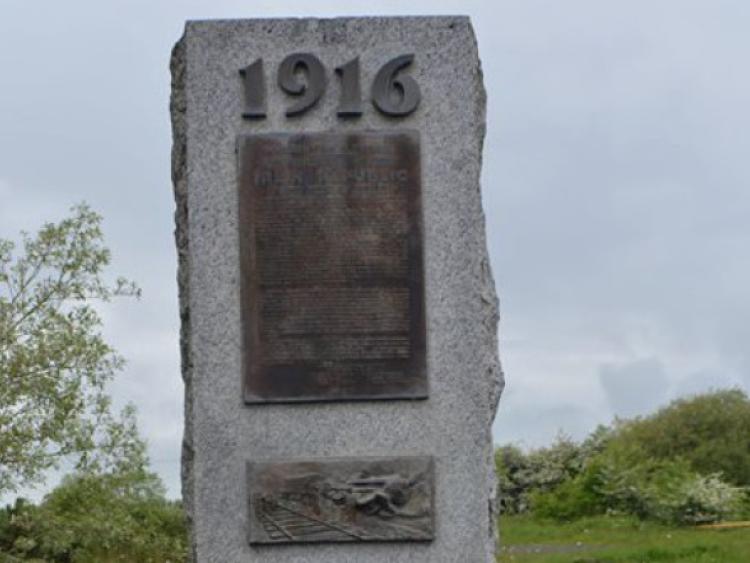 Planning is underway to mark the part Laois played in the 1916 Easter Rising, with €30,000 in grants this year for community projects.

Planning is underway to mark the part Laois played in the 1916 Easter Rising, with €30,000 in grants this year for community projects.

“Maybe we should write looking for more for next year,” he said.

Heritage Officer Catherine Casey is heading a council committee that will hand out the money to support local projects.

“The government has given €1 million for local authority programs, with every one getting €30,000. The breakdown is to be decided but it’s early days, I assume we will get the same money in 2016,” she said.

Debate and discussion are encouraged this year she said.

“We want to engage all sectors of society, including new communities. We are aware of a number of creative and inspiring projects and we hope to support them all,” she said.

The James Fintan Lalor School this Autumn will focus on the rising, while history projects will involve schools and local groups.

“A lot of 1916 activities happened here in Laois, people are very proud of that,” added Ms Casey.

Librarian and Cllr Mary Sweeney said people are coming in to research 1916 already.

“The area of genealogy is going to be very important for librarie. There is a huge awareness in primary and secondary schools, there is a new generation that is going to be enthused by this,” she said.

Extra members were added to the committee at the March council meeting, following criticism by Sinn Féin Cllr Caroline Dwane-Stanley, who was concerned that it did not represent all political parties.

“I have no issue, but I would like to see cross party representation, that’s fair and reasonable,” she said.

Director of Services Ann Marie Delaney explained that herself, Ms Casey, the Arts Officer, County Librarian and Tourism Officer are on the committee, as well as a councillor from each of the three municipal districts; Fianna Fail Cllrs Catherine Fitzgerald and Padraig Fleming, and Independent Cllr James Kelly.

“The 1916 committee is for everybody,” said Cathaoirleach John Joe Fennelly.

“I don’t disagree but I propose that each party be represented,” said Cllr Dwane.

“I have no difficulty with that, we were trying to get county wide representation,” said Ms Delaney.

The committee will form a draft plan by the end of April, with public consultation before a final plan in October.

The national program was launched recently by Minister for Arts Heather Humphreys with Taoiseach Enda Kenny in the National Museum of Ireland, Collins Barracks.

Nationwide activities include a ‘Proclamation day’ in schools on March 15 where children can rewrite their version, and state ceremonies.