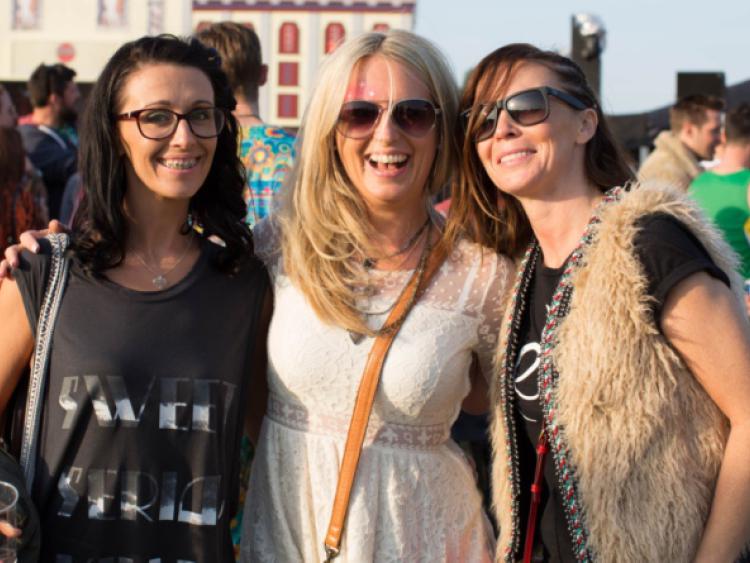 Last Sunday night Florence Welch ran and danced like a dervish in chiffon and bare feet in Stradbally, her soaring tunes ending Electric Picnic 2015 on a spiritual high.

Last Sunday night Florence Welch ran and danced like a dervish in chiffon and bare feet in Stradbally, her soaring tunes ending Electric Picnic 2015 on a spiritual high.

The twelfth picnic was the biggest yet, with 51,000 people descending on gates daily, but it delivered again on its reputation of relaxed good humoured fun, eco friendliness and a mind boggling range of good music, food, arts, craft, comedy and circus fun.

A semi naked painted Grace Jones aged 67 took to the stage like a statuesque voodoo devil, flinging her long legs over railings, likening her Jamaican accent to an Irish one.

On Saturday there was plenty for teen punters, with George Ezra keeping everyone bopping and Sam Smith’s lovelorn songs and soaring voice bringing girls literally to tears. Britpop legends Blur headlined like pros, with Damon Albarn bringing a thrilled group of fans on stage.

Sunday as is tradition began with the Dublin Gospel Choir’s ‘service’ while an ebullient Bob Geldof wearing a ‘f*ckoff’ fake snakeskin suit’ owned the stage. There was reggae, rap and then glorious rock with the Manic Street Preachers before Florence and the Machine brought down the house.

The music kept going in many smaller stages until 4am for campers with stamina left.

As tired campers packed up their rucksacks for another year on Monday morning, many donated their tents towards both the Irish homeless community, and the Syrian refugee crisis.

Tickets for 2016 go on sale this Friday September 11 at 9am, sure to be another sell out as Laois proves again that it is the natural home of Ireland’s biggest and best music festival.

“The festival hit every spot there was to hit. I’m already looking forward to what we’ll have in store for 2016,” said Festival Director Melvin Benn.