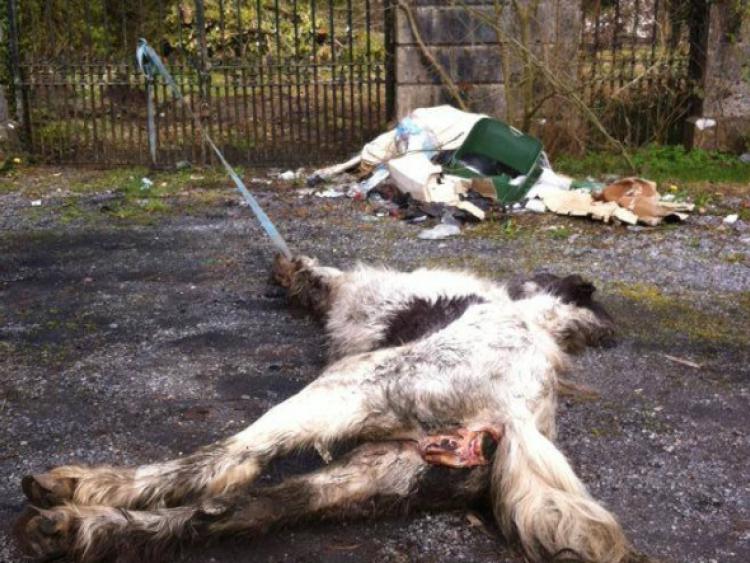 In the first three months of 2015, Laois County Council has seized 47 stray horses, and put 45 of them down.

In the first three months of 2015, Laois County Council has seized 47 stray horses, and put 45 of them down.

The cost to the housing department of €41,564, and the number of neglected unwanted horses in Laois, both were of concern to Cllr Aidan Mullins at the April meeting of the Portarlington Graiguecullen municipal district.

Cllr Mullins had requested the statistics in the wake of a young horse fatally wounded and dumped in a gateway in Eyne last Monday April 13.

Anima cruelty and abuse are the “basic issues” he said.

“These animals are tied up on the side of the road, in estates, or illegally on private land. They are left without enough water, and they have no passports or identification so the owners are unaccountable when things go wrong. In every village you can see stray horses in gardens, you wouldn’t see it anywhere in the world,” he said.

He wants the government to withdraw the responsibility from the housing department.

“Why are they responsible for loose horses? They don’t have the resources. They have enough on their hands. This money would be better spent on the homeless. They are spending more on horses. There were 25 horses siezed and euthanised in Portarlington recently. Five had died in the field, and nobody was prosecuted. This is animal cruelty at its worst,” he said.

Cllr Tom Mulhall is concerned that dead horses will be seen by tourists in Emo.

“We get a lot of tourists walking in Emo, the last thing we want is for them to see a dead horse. We had a very bad situation in Vicarstown with stray horses that went on for a couple of years. I could say there’s not a horse left now, they were all rounded up and taken away. I know it’s a huge cost for the council, as is illegal dumping,” he said.

Cllr Paschal McEvoy said it was cheaper for owners to buy a new horse than retrieve an impounded one.

“I am saddened and shocked to see this many horses being put down. It’s happening across the country,” he said.

“Nobody disagrees with your sentiments. It is a function at the moment but that doesn’t mean it couldn’t be reviewed,” he said.

A letter is to go to the Department of the Environment to ask for the removal of responsibility for horses from council housing departments.