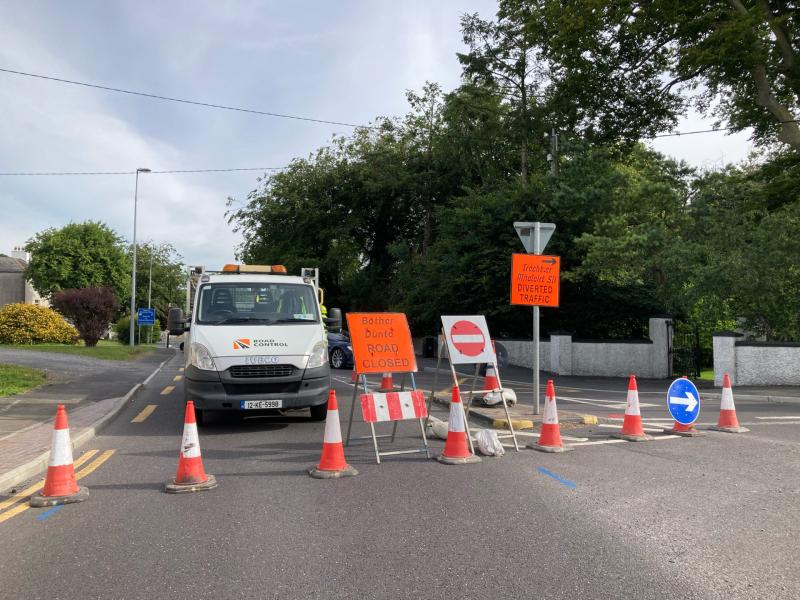 The second phase of road closures in the Laois town of Mountmellick has been announced.

The main N80 road was shut when essential roadworks began in the Laois town of Mountmellick this week, with some 10,000 trucks and cars daily being diverted around the town.

The first section of road undergoing resurfacing is Irishtown, between Anngrove Stud roundabout and the notorious bottleneck T-junction at Glanbia.

Phase two of the work will involve a bigger impact on traffic, removing it completely 24 hours a day for three weeks.

Laois County Council has announced its intention to close the N80 from Anngrove Stud, Irishtown, right out the Portlaoise road as far as Derrycloney junction, where traffic often diverts under an old railway bridge towards Tullamore to avoid Mountmellick traffic.

"The road will be closed from the 27th of July to the 19th August for a full 24 hours closure. The closure is necessary to facilitate road resurfacing. Diversions will be clearly signposted," the council says.

Traffic will be diverted around by Emo and Portlaoise.

The roadworks will eventually focus on the main street, between the Glanbia T-junction and the Moore Street roundabout, with that work to be done at night.