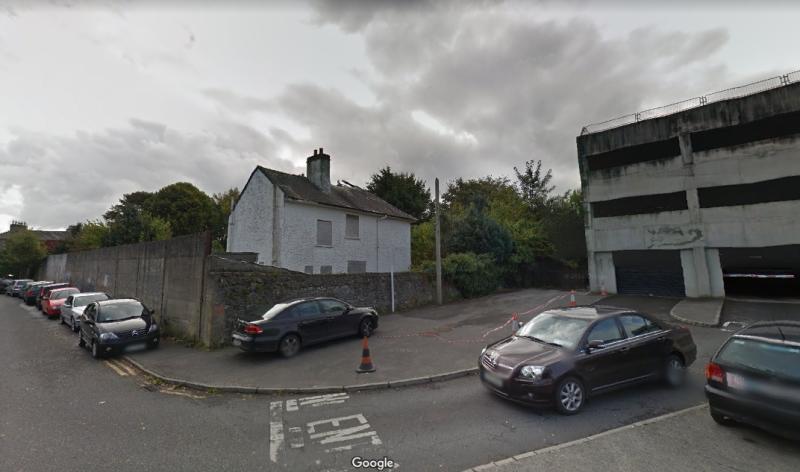 The operators of a big Portlaoise hotel has received planning permission knock a house to allow the development of a new hotel car park.

Laois County Council has given the conditional green light to CoAnt Hotels Ltd to construct a surface carpark with 132 spaces for dedicated hotel use.

The planning application lodged with the local authority said the development off Railway Street would involve associated site works including demolition of existing derelict dwelling.

It is located on a site beside a multi-storey carpark which is open for public use as well as hotel customers.

During the planning process, the applicants told council planners that the building that is due to be knocked was deemed too unsafe to be inspect internally for the purpose of submitting a planning application.

The applicants said the site itself was overgrown with trees and vegetation most of which would be removed to facilitate the car park's construction.

The site is located just outside the old town walls of Portlaoise and within the curtilage of the former Bank of Ireland. Some archaeological work is recommended to be carried out during the development work because of the important historical location.

The Wexford-based applicant company, which has as directors Colm and Anthony Neville, say the registered owners of the site is Westmeath-based Vincent King.

An application was lodged by Mr Vincent King recently to erect a casino sign and retain works at the adjacent former Prison Officers Club in Portlaoise which has undergone substantial redevelopment.

Future use of landmark Laois building revealed after big revamp

It is not the only car park to be under development near Portlaoise Train Station. Laois County Council are partners in a major development of the former CBS grounds on Railway Street. Apart from residential use, part of the site will become a public car park aimed at train users.