Shock and sadness at tragic death of toddler in Laois 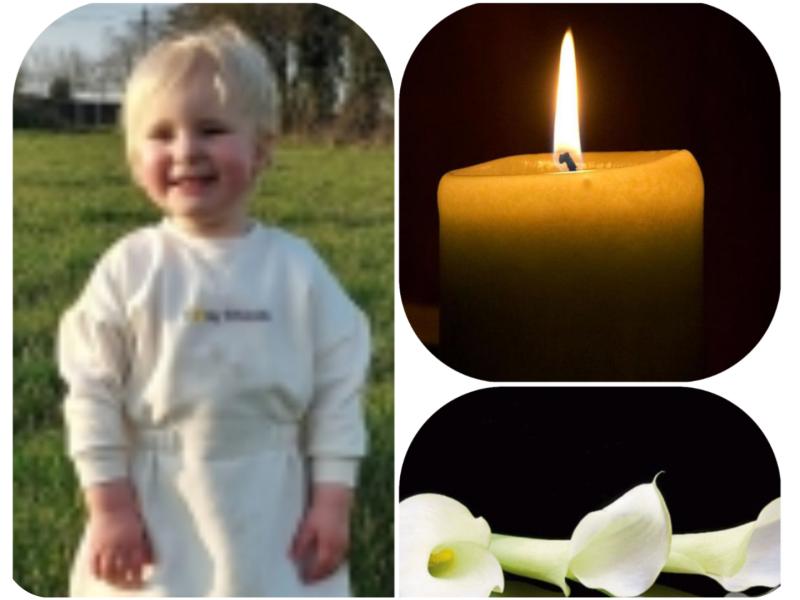 There’s widespread shock and sadness in Timahoe and surrounding areas following the death of a toddler at the weekend.

It’s understood Hannah Kealy, who passed away in Temple Street Hospital in Dublin on Sunday, was involved in a drowning incident in a paddling pool last week.

It’s believed gardai who are investigating the circumstances of the death are treating it as a tragic accident.

Hannah is survived by her adoring and heartbroken parents Marie and Denis and much loved sister Ella, grandparents Margaret and John Cahill and Margaret and Tom Kealy.

Hannah will be sadly missed by her parents, sister, grandparents, aunts and uncles Sharon, Orlaith, Brian and Kelley, Liz and Stephen, Aisling, and the late Liam (Kealy), cousins Shauna, Eve, Darragh, and Conor, and extended family and her dog Ruben.

Funeral arrangements will be announced at a later date. The house is strictly private.

Messages of comfort and condolences for Hannah's family may be expressed via the condolences the RIP death notice at: https://rip.ie/cb.php?dn=502841