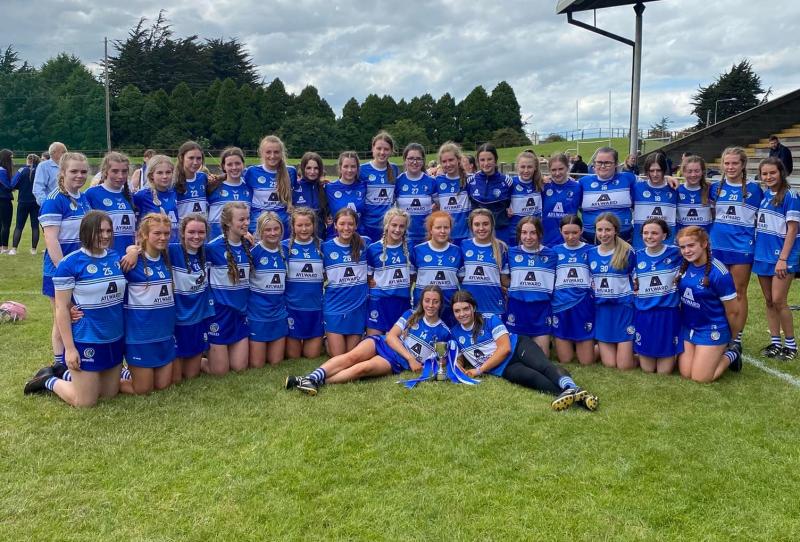 The Laois U-16 camogie team has made it a historic day for Gaelic Games in Laois after coming on top in the Under 16B All Ireland Camogie Final.

Around the same time as the Laois Ladies Gaelic Footballers were on their way to winning the All-Ireland football Intermediate crown, the county's young camogie players were celebrating victory in Drogheda.

The underage players saw off Antrim in a closely fought contest on a final score of 4-07 to 3-07 in Drogheda.

Laois got off to a perfect start with pointed free by Aimee Byrne and goal from Kaylee O’ Keefe within two minutes of the throw in. A second goal would come on nine minutes from Aoife Kirby.

Antrim were not out of it however and would draw within two points of Laois on 28 minutes when Janet McIntosh netted.

Antrim would score first in the second half but Laois laid down a marker with a goal from Aoife Gee with just five minutes gone.

Laois would put themselves firmly in the driving seat ten minutes into the second half with another goal Laois from Aoife Kirby to go 4-04 up.

But there was  fight in this Antrim outfit. They hit back with two more goals in the second half. However, Laois would tag on three more points which would prove enough of a cushion to see them over the line.