OPINION: What a wonderful day for Laois 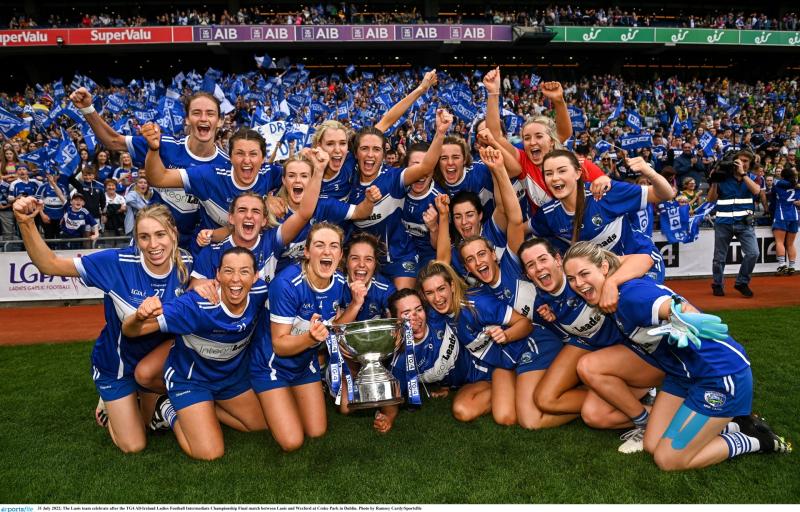 Laois is a county that doesn't get enough days out in Croke Park so when such days come along they should be fully embraced.

The stadium is far from bricks and mortar. It is at the centre of Irish life. Communities around the lenght and breadth of Ireland see it as representation of what it means to succeed as a collective.

To have a team in Croke is celebrated not just in parishes, towns, cities and counties but by people from a place or county who live in far flung places around the globe.

To get there is one thing to win there is an enormous achievement. MORE BELOW LINK.

The Laois team that travelled to Dublin last weekend did so with a sense of purpose but also with a sense of belief in their ability to win. They knew that they would be in a battle in front of a big crowd on the biggest day for woman's sport in Ireland.

IN PICTURES: Laois in ecstasy in Croke Park after All-Ireland Final win

To go there as a small county that doesn't get many big wins in Croker is even more challenging.
But that pressure and challenged was clearly embraced by the young Laois woman who donned the blue and white on the hallowed turf. Everyone on the Laois team and backroom was totally committed to reaching their goal of victory.

They turned on the style in the first half. When their backs were to the wall in the second they dug deep to block, chase intercept and ultimately stop Wexford from catching them. MORE BELOW LINK.

IN PICTURES: Laois fans at Croke Park in force for Gaelic football victory

It was deserved but also appropriate that Aisling Donoher was the TG4 Player of the Game. She is a true ambassador for Laois having had to live with a family illness that could have brought her life complete standstill. But she returned to sport after having two children, one of whom has a life limiting health condition.

Aisling's knowledge that sport is a bonus in life must surely have filtered through to this great Laois team who will go down in history.