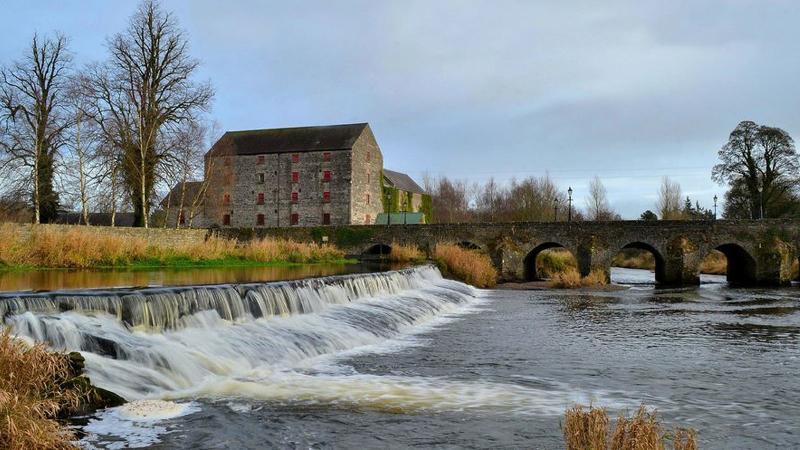 A call has been made to take a bus stop off a busy big Laois road, and move it into the village it bypasses.

Picturesque Castletown village in Laois, famed for its River Nore weir, has no bus stop near the green.

Instead locals have to venture out onto the busy R445 regional road between Mountrath and the M8 motorway to catch a bus.

Below: the bus stop across the road from the entrance to Castletown village. Image: Google Maps 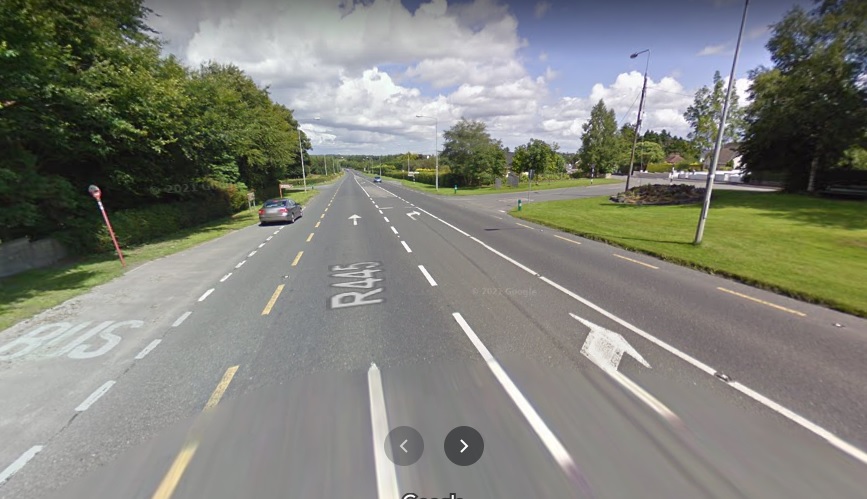 He is calling on the National Transport Authority to move the bus stop.

He tabled a motion to the July meeting of the Borris-in-Ossory Municipal District, asking Laois County Council to put in an urgent request to the NTA via Transport for Ireland to relocate the stop into Castletown village "for the benefit of all".

"You have said you need a 6.5 metre setback from the road so this bus stop is not in line with guidelines. It is creating danger for anyone coming in from the hurling field. Cars pull in there waiting for the bus.

"There will be an accident. Traffic is flying through on a hill coming down. We have a commitment for a bus stop to come in Castletown but we have to move this now," he said.

Cllr Conor Bergin seconded and asked for a bus shelter as well as a bus stop sign. Cllr Kelly added that this is already planned.  Cllr Bergin said more shelters are needed in the western Laois area.

Laois County Council has offered to send an Active Travel engineer to meet Cllr Kelly and identify a preferred bus stop location. Then they will bring the issue to the National Transport Authority.