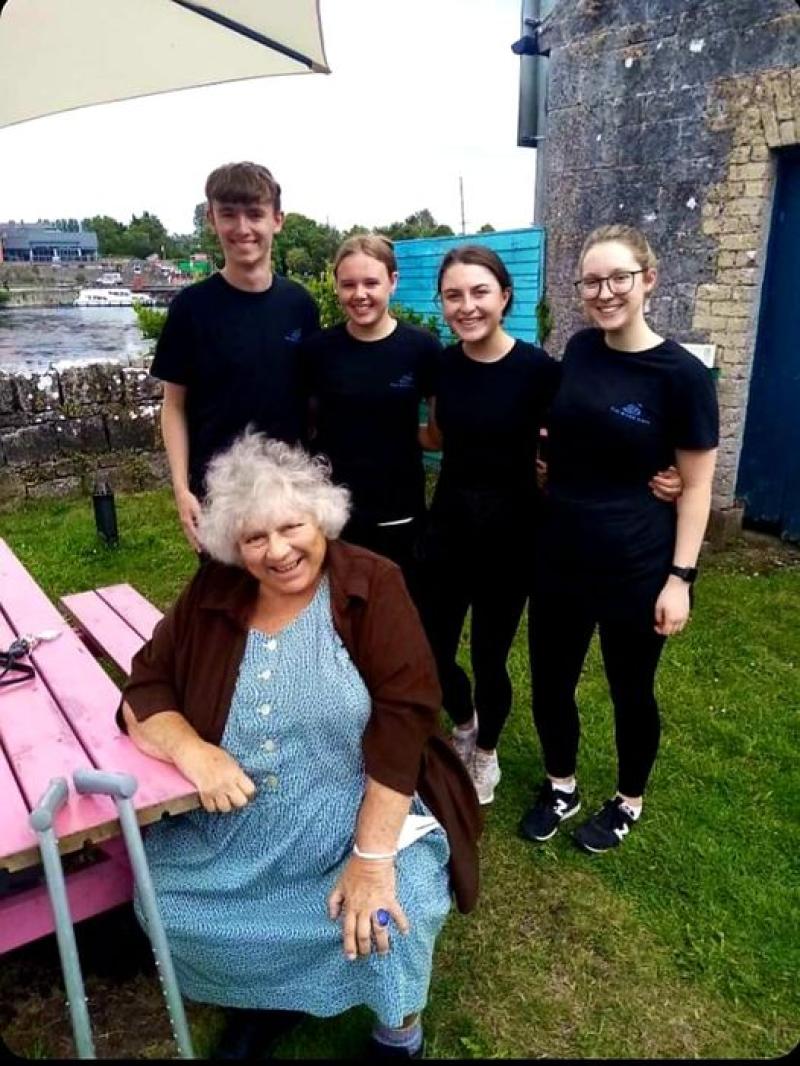 One of the stars of Harry Potter took time out yesterday at a cafe in Offaly.

Miriam Margolyes, who played Professor Sprout in Harry Potter and the Chamber of Secrets, posed for a picture with staff at the River Cafe in Shannonbridge.

In a post on Facebook, the cafe said it was delighted to welcome the actor to cafe saying she made the day for all the Harry Potter fans.

A star of stage and screen, the multiple award-winning actress won a BAFTA for Best Supporting Actress award in 1993 for The Age of Innocence. She was awarded an OBE in 2002 for

For some people, she is better known for her hilarious appearances on the Graham Norton Show which are well worth a look on YouTube.