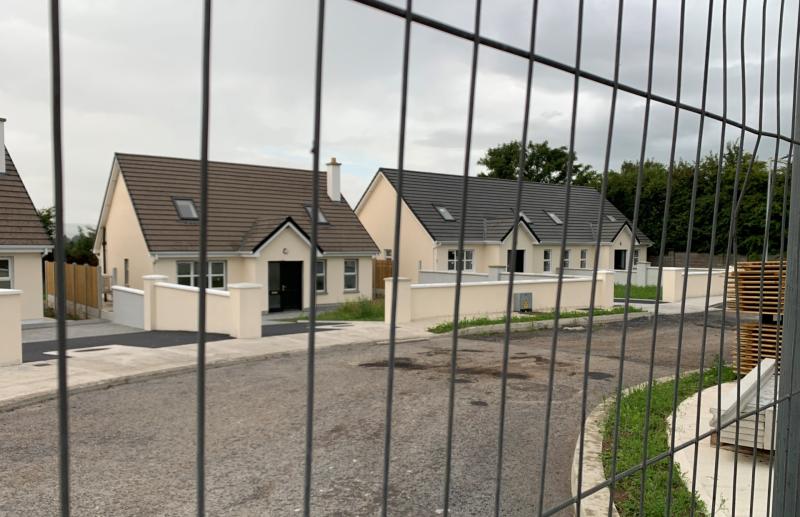 Five Laois families who were promised new council houses almost two years ago, are still waiting for keys, even though the houses are effectively built.

The five houses are in Featherbed Lane, Borris-in-Ossory, part of an 11 house 'turnkey' development being built by a private developer for immediate sale to Laois County Council.

The other six houses were presented to delighted tenants a year ago, but five families with small children are left waiting.

Two mothers spoke to the Leinster Express to express their frustration at the long delay. Both opted not to have their names published.

One is renting a home for her young family that she said is cold and damp.

"In winter the house is like an icebox, I can't keep oil in it. The walls have mildew from the damp. I'm afraid to say too much to the landlord," she said.

She got the letter offering her the council house back in October 2020.

"I was led to believe it would be a couple of months and we would be in. Since then I've had no correspondance about the delay, no word from the council at all. At this stage I'm starting to wonder will we ever get in.  It would be brilliant to have it, it would be great security for me instead of privately renting.

"I had been picking bits of furniture up and they are in storage but I can't tell the shops when I can collect them. It's a joke," she said.

Her only updates are gained by asking builders on site, and through Cllr Conor Bergin who lives in the town.

"The houses are all finished inside, the appliances are in. We nearly could move in now. They just need to clear the site so the tarmac can be poured outside. There's diggers there and piles of gravel, the fencing is sitting waiting to be slotted in. For some reason they won't clear it. It's so frustrating to look around and not see anything happening. There are days when the site is just locked up. They could clear it in a day.

"The longer they are left empty, the more chance there is of them getting wrecked. One was a few months ago. That is another worry.

"Even when they are finished we will still have to wait, the council has to do a snag list, we were told it would take six weeks for the council's paperwork, it's absolutely ridiculous. Why add on another two months?  I've a feeling it could be the end of December. It's so frustrating to see them done.

"We are living in hope but I don't know," the parent said.

A second mother is in a similar situation.

"We all got the letter in October 2020 to say we had a house. It meant absolutely everything to be offered a home where I am from. I'd never have to move again. I was living with my mam and now I'm privately renting. My children all share a room, it's not easy. The rent is €850 a month but I get HAP towards it.

"I told my landlady I would only need it for a few months because we were told I would be in by December. It's only a layover. I don't have a contract, the landlady has other people wanting to rent there and she could tell me to go."

She is on the council house waiting list for five years.

"The date is pushed out every quarter and here we are again, we were told we would have it by July. It is not fair on us, no one has told us anything.

"I am disappointed. The site is locked up a lot of the time. The builder shouldn't have taken on the job if he didn't have men to do it.

"Please just tell us when we are actually going to be in and stop telling us it will be this month, then next month. I don't even know which house is ours, that would give us a bit of hope.

"My fear is of not getting in any time soon. We are going into September, it will probably be Christmas if we are lucky. It's the uncertainty of when, or even if," the mother said.

Cllr Bergin (pictured below on site) raised the delay to the July meeting of Laois County Council, asking for clearer communication to the waiting families. 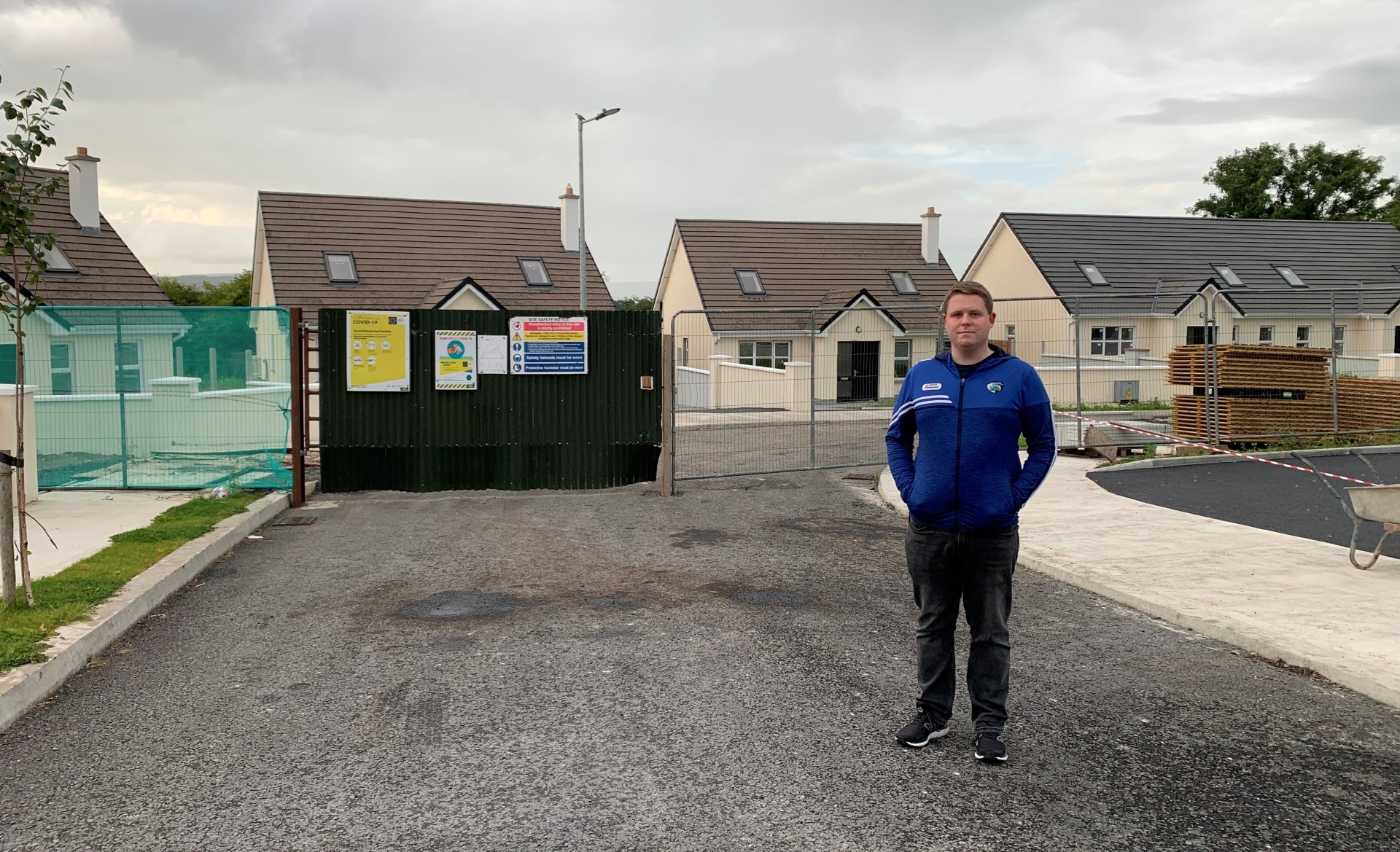 "They were offered the houses two years ago. Five families are at risk of homelessness. Their rental agreements have come to an end. If they could move in August before children go back to school it would be greatly appreciated," he said.

Director of Services for Housing Angela McEvoy said that the delivery date is still by quarter three (July to September).

"This is our third timeline for these houses," he said.