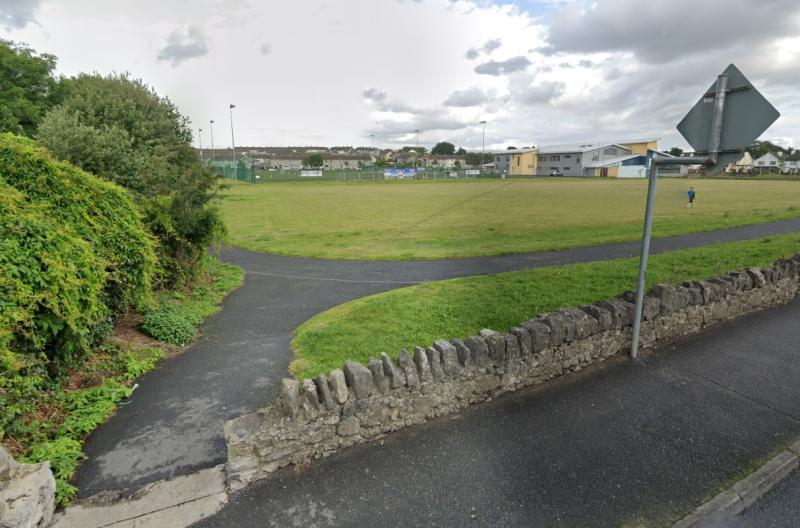 The public playing pitch in Portlaoise

The question of what to do with a damaged public playing pitch in Portlaoise is getting urgent, as the soccer tournament season approaches.

The pitch at Portlaoise Leisure Centre is free for anyone to walk on, but with a track now worn across it, it is too damaged for soccer games, and needs possible resodding.

A fence is also being considered by leisure centre management, to protect the pitch in future.

It is dividing Laois councillors, with some urging pitch restoration quickly, and others highlighting that all the public are quite entitled to use it equally.

He told Laois County Council at a recent meeting what is wrong with the pitch.

"The grass needs an upgrade. There is a worn path through it. It wouldn't be safe for soccer play. The pitch will need to be resodded and decompacted," he said.

"Fencing is an option," the manager added.

Cllr Willie Aird is against the idea of a fence.

"It's as much a public park. People use it for dogwalking. I am conscious that it has multiple users. We signed this into law that the public didn't have to pay to use it. They can sit there and have a picnic. I saw five families there on Sunday. It is a public area," he said.

It was Cllr James Kelly who had raised the urgency of repairing the pitch before soccer resumes.

"Five teams use it and they will be back in September. A couple of teams don't know if they will even have a pitch.  One is renting in Ballylinan, another in Timahoe. Astroturf is out for the over 35s or 45s. It's not good. I hope something will be in place," he said.

Both are recovering well since the pandemic, Mr Quirke had told the council, who is the owner of both buildings.

"Finance is perfectly in line with projections and activity and usage is where we expected it to be. Opening the second site needed work on the building and on staffing, getting it back to safe operating levels but we are starting to see the benefits of our work," he said.