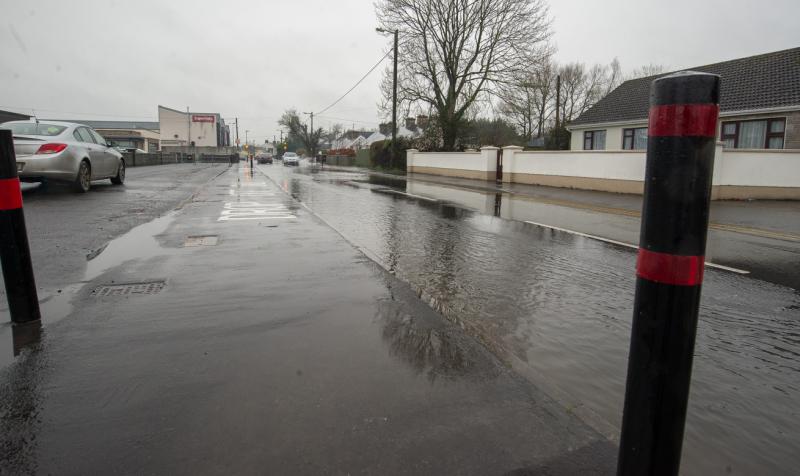 Two streets in Mountmellick in Laois remain at risk of flooding, a Laois councillor has said.

The Laois town suffered its worst flood in living history in November 2017, and a multi-million flood defence programme is only still at the planning and design stage.

He tabled motions about Acragar and about Chapel Street, to the July meeting of the Borris-in-Ossory Mountmellick District.

In Acragar (pictured) the water is entering a private property.

"The flooding on the road is going into a private property and causing flooding," Cllr Bracken said.

In answer the council engineer James Dowling said "it appears the existing gully is in the wrong location."

"We'll rectify that," he said.

On Chapel Street, which is on the Tullamore road, Cllr Bracken said that there are constant floods.

"It's constantly flooding across and entrance. It causes a lot of difficulty for people walking."

On this area, the roads design section is to meet Cllr Bracken to confirm the exact location and then agree proposals to address the flood problem.