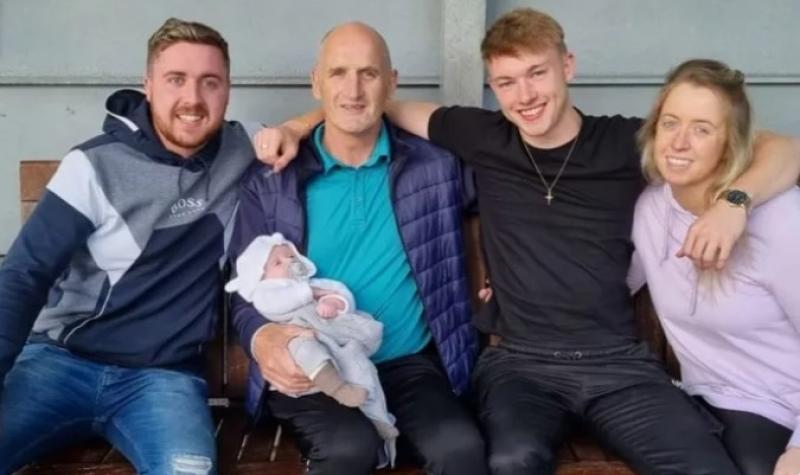 A Laois dad and grandad is making a desperate bid for life saving surgery after a devastating diagnosis.

Seamus Holland from Killenny near Portlaoise, has been diagnosed with Stage 4 pancreatic cancer.

He has been told by his doctors that it has spread and is terminal.

"After months of battling severe abdominal and back pain I was finally admitted to hospital in June of this year. Several scans later I received the devastating news that I had a large tumour on my pancreas. Fast forward a few weeks after a difficult biopsy and more scans, I was told it is Stage 4 pancreatic cancer which has also spread to my liver. Pancreatic cancer is one of the deadliest forms of cancer with very limited treatment options and poor prognosis."

However Seamus has found hope of surgery in Germany that he believes might turn things around.

"After consultation with surgeons in this country, we were told due to the complexity of my cancer, they were not willing to operate. The only treatment they could offer was chemotherapy in an attempt to prolong my life but this would not cure me. At best I would get some extra time, but as pancreatic cancer is quite resistant to chemotherapy, there would come a time when this would also not work.

"My family and I were not ready to give up. I have too much life left to live and I really want to see my young grandchildren grow up. We were determined to find the best possible solution. After much research, we have found a hospital and a team of surgeons based in Munich, Germany that are willing to perform surgery on me to remove the tumour on my pancreas and also the metastases on my liver. My only hope of a cure!," Seamus said.

He is asking for donations, and they have flooded in. Within four days his Gofundme account reached over the halfway point of €36,000, with the aim to raise €60,000.

"I am asking for support in helping me to raise the funds necessary for me to have this potentially life-saving surgery. On behalf of me and my family we thank each and every one of you for any little bit of support you can show us," he writes.

His daughter Gillian Holland made this heartfelt request for support for her dad.

"It is with a heavy heart that I have to post this. Just 2 weeks after having my new baby, unfortunately my Dad was diagnosed with stage 4 pancreatic cancer. We are trying our hardest to get funds together to pay for life-saving surgery abroad. If anyone can help us we would be so grateful," she said.

His son Kevin Holland is also urging for support.

"Please can all my friends and family support my Dad to raise funds for his surgery. We would greatly appreciate any donations. Please share and spread the word!"

This is the link to Seamus' fundraiser.