Laois to welcome three times its population next month 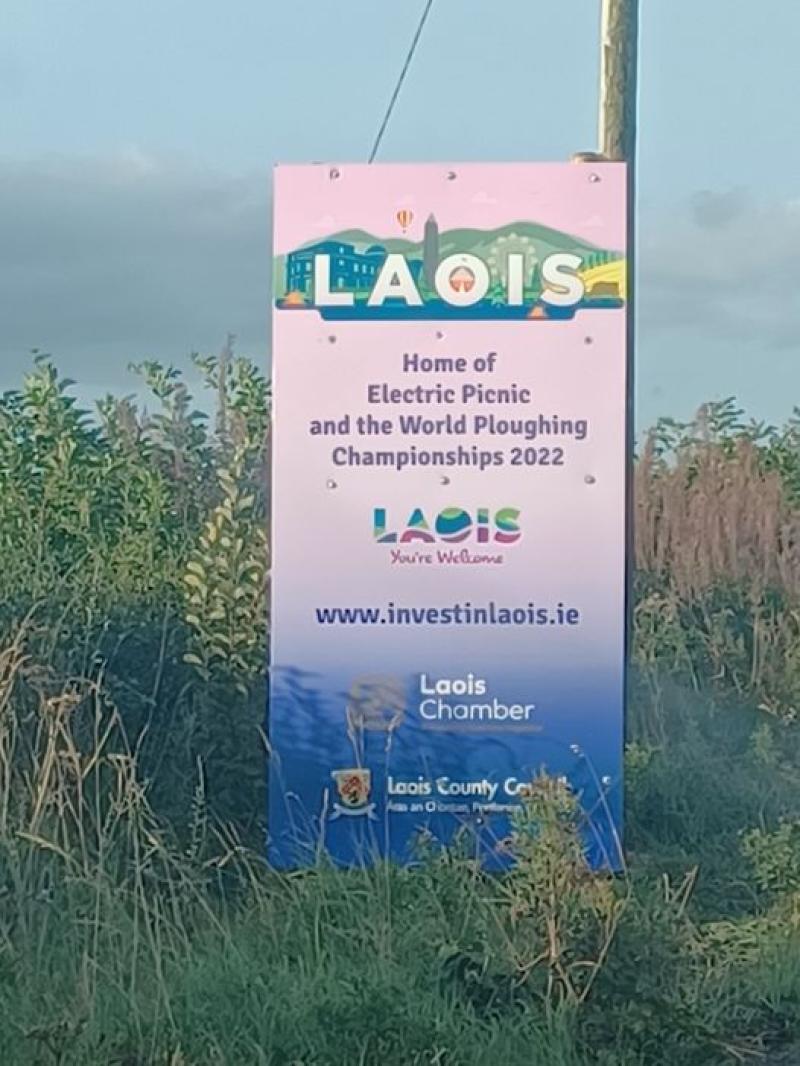 Laois Chamber of Commerce has erected signs in preparation for two events that will see Laois welcome more than three times its own population next month.

In anticipation of the major events, Laois Chamber has erected signs welcoming the visitors and directing them to the www.investinlaois.ie

The Electric Picnic, which was postponed during the Covid lockdowns, is expected to attract around 70,000 visitors over the weekend of September 2, 3 and 4. It’s followed weeks later by the National Ploughing Championships which draws a crowd of almost 300,000. It is being held in Ratheniska on September 20, 21 and 22.

The events provide a major boost for local businesses and service providers. Laois has a population of almost 92,000 people according to the latest Census figures.