Laois sculpture to be illuminated 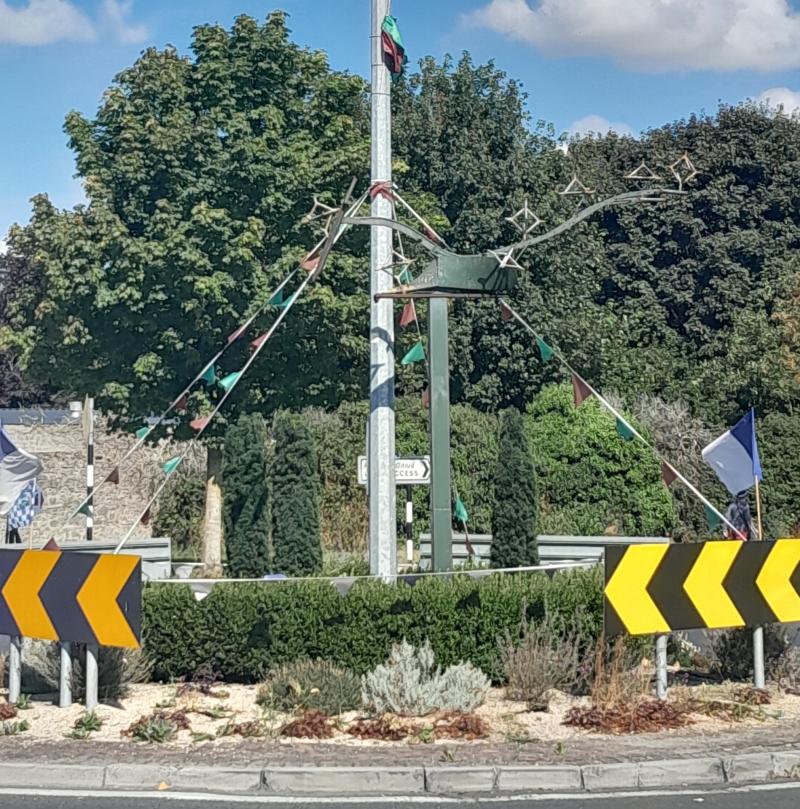 The Starry Plough was erected in 2016

A sculpture of the ‘Starry Plough’ that was erected at the Kilnacourt Roundabout in Portarlingtonin 2016  is to be illuminated in the coming weeks.

Each of the seven stars on the sculpture, which was created by Bernard Colgan using a 100 year old plough donated by Jim Hyland, will soon shine brightly, according to local Councillor Aidan Mullins.

The sculpture was erected during the 1916 commemorations as a Starry Plough image was first used by the Irish Citizen Army during the Easter Rising. It  was unveiled by Cathal Brugha in May 2016 in Commemoration of the 1916 Centenary.

Now Cllr Mullins explained that the council has been in discussion with a contractor in order to have solar lights installed for each of the seven stars.

Millions of euro for Laois pedestrians and cyclists not spent

Millions of euro for Laois pedestrians and cyclists not spent

Cllr Mullins said the plough itself is elevated about ten feet over the roundabout and the illumination of the stars will make a nice feature.

“I requested that Laois County Council install solar lights on the seven stars on the plough to highlight the piece and to provide an attractive feature on the roundabout,” explained Cllr Mullins.

He  said: “The council agreed to fund this and have engaged a contractor to carry out the work in a few weeks time.”