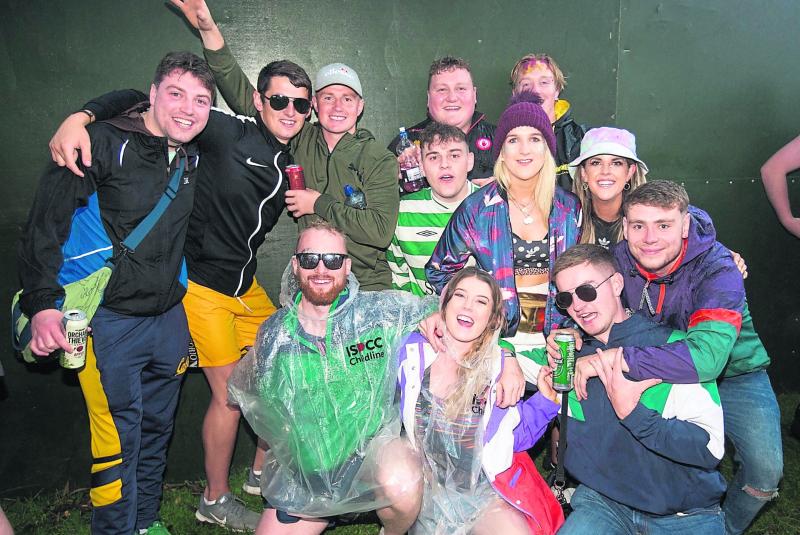 Laois crew dressed for the weather a a picnic past

Cool, wet weather is set to be a feature for the Electric Picnic weekend in Laois according to the latest forecast from Met Éireann.

The Stradbally venue opens for first picnickers on Thursday, September 1. They're likely to enjoy the best of the weather as rain will be a feature of every other day of the event which runs to Sunday September 4.

In its weather outlook for the weekend Met Éireann says it will turn unsettled from Friday with wet weather at times over the weekend and early next week when campers depart Laois.

National Forecast issued on August 31 at 11:35am

THURSDAY NIGHT: Mostly dry with clear spells and patches of mist and fog. Cloud will increase in the northwest, bringing rain to coastal areas by morning. Lowest temperatures of 8 to 12 degrees with light, variable winds.

FRIDAY: Outbreaks of rain will develop in the west and northwest on Friday morning and will spread over the western half of the country in the afternoon, becoming heavier. In the east there will be scattered showers. It will become drier in the southwest during the evening with some sunny spells developing. Highest temperatures will range between 15 degrees in the northwest and 21 degrees in the southeast and there will be light to moderate, variable winds.

SATURDAY: On Saturday morning there will be patchy rain in Ulster and Leinster but it will be drier with sunny spells elsewhere. However, it will become wet across Connacht, Munster and Leinster during the afternoon and evening, with heavy rain in some areas. There will be scattered showers in Ulster too. Highest temperatures of 14 to 20 degrees, warmest in Ulster and north Leinster, with light to moderate winds.

SATURDAY NIGHT: Rain will continue across Connacht and much of Munster and Leinster on Saturday night, heavy at times. It will become breezier too, with moderate to fresh and gusty east to southeast winds developing. Lowest temperatures of 9 degrees in the southwest to 15 degrees in the northeast.

SUNDAY: The rain will gradually move northwards during Sunday morning and afternoon, followed by sunny spells and showers. Highest temperatures of 16 to 20 degrees. Breezy in the morning with moderate to fresh and gusty east to southeast winds, easing later.

OUTLOOK FOR EARLY NEXT WEEK: Low pressure near Ireland is expected to bring further spells of unsettled weather.