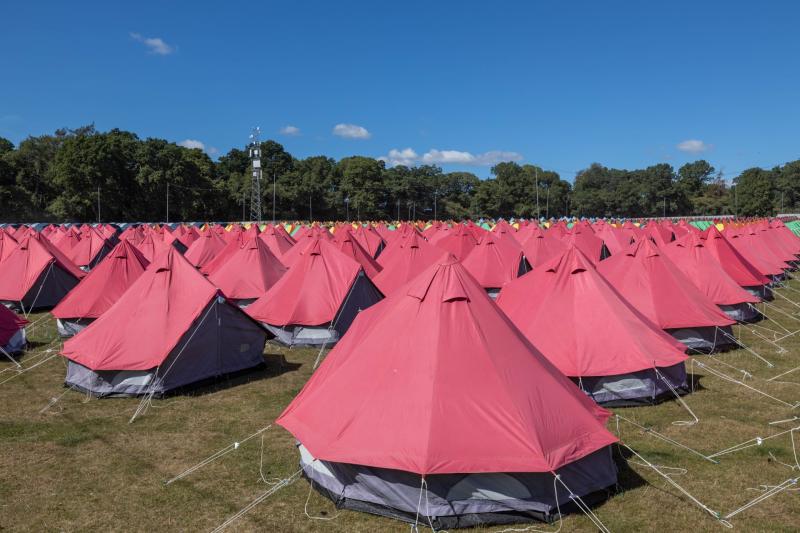 The second night of Electric Picnic in Stradbally looks set to feature heavy rain but the weekend will not be  a complete wash out according to the most up to date forecast from Met Éireann.

Meteorologist Mr Gerry Murphy was interviewed on RTÉ News at One about the weekend weather at the Status Yellow rain warning.

Mr Murphy agreed with Brian Dobson's first point that the forecast is alarming for the Electric Picnic adding 'all good things must come to an end'.

However, it wasn't all bad news from the experienced forecaster who has worked on Storm Ophelia and other bad weather systems.

"As we go through the weekend all areas will get rain or showers," he said.

Mr Murphy said western Ireland would see the worst of the rain early on Friday night which he believed was good news for picnicers.

"For people going to the Electric Picnic, any gigs on this evening (Friday) will be ok. There might be a little bit of rain but not too much," he said.

However, he said rain would spread to Laois later in in the night going into Friday morning.

"There will be more persistent rain there in Stradbally and the eastern half of the country. It does look like that may linger on Saturday morning in parts of Leinster and Ulster," he said.

He then got to the real nasty part of the weekend weather wise.

"It's really tomorrow night, (Saturday), when the warning comes in, that we are going to see the much heavier rainfall making its way up across the country. That is going to bring some fairly heavy downpours to many places tomorrow night," he said.

However, he said there is a sign that it picnicers and entertainers will escape the worst of rain until later in the day into the night.

"Hopefully for Stradbally may they might just escape the rain and the concerts might be finished. But, nonetheless, it is going to be very wet later on tomorrow night and quite windy as well," he said.

He expects it to clear and brighten up on Sunday but cautioned that there will be plenty of showers around.

He warned picnicers to be prepared for the weather by bringing rain gear. He also had special advice for campers because of hard ground caused by the dry spell.

"The rain will not be absorbed into the ground very quickly so we could have run off flooding," he said.

Mr Murphy also cautioned about the surface flooding on roads.

As for the temperatures he said it temperatures would only gradually decrease despite the rain and it would be quite pleasant over the weekend ranging from the high teens up to 20 or 21 degrees.

Mr Murphy said the bad weather is due to an Atlantic weather front that has stalled over Ireland. He said the weather is likely to stay unsettled into next week.