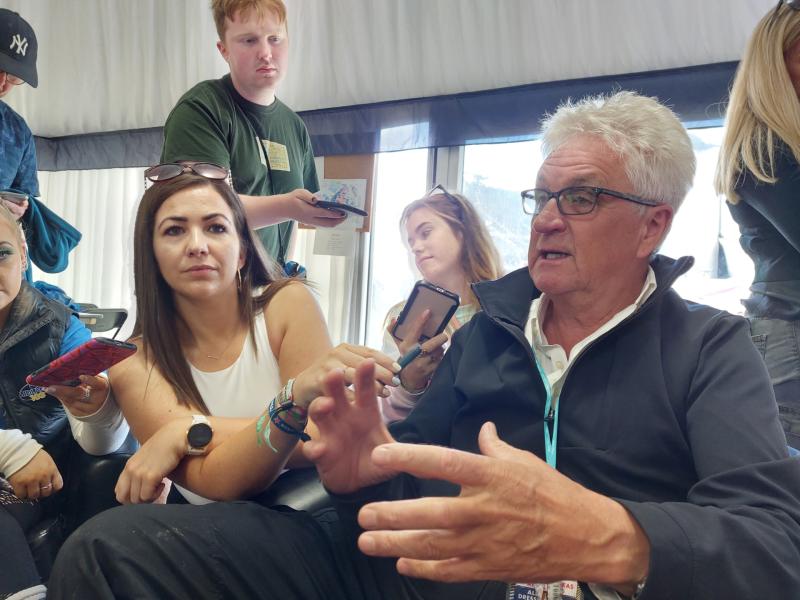 With Electric Picnic still underway in sunshine between the showers, the 2023 event is already being arranged, the promoter has revealed.

Speaking on Sunday at the festival, Melvin Benn described the return of the festival in Laois as "glorious".

"It is hard to know what's better. Is it what acts we bring or what the audience brings? The two collide and it's an amazing thing, the spirit, the craic. The amount of people that are stopping me and telling me how they were waiting for this.

"The picnic is the point where Covid gets put behind us, it's the last show where people were hanging on to their tickets," Melvin Benn said.

He revealed that the 2023 festival at least will not be any bigger in capacity, but future plans are to keep expanding.

Tickets for next year are going on sale this Saturday, he said, and there is another big change planned.

"It is going fully digital. There will be no more queues at Ticketmaster. The loyalty programme will continue," he said.

They are already in discussion with performers for next year.

Despite mucky paths and quite a few soaked tents and sleeping bags, the rain stopped early Sunday morning leaving the day unexpectedly sunny.

It is down to the ideal location of Stradbally in Laois.

"The local hills managed that," Melvin said, explaining how a local told him that rain breaks on the hills north of Laois taking the brunt away from the valley of Stradbally.

He feels that Laois has truly welcomed the picnic back, after a two year break due to the Covid pandemic.

He is proud to have returned the festival, and at a bigger size, to Laois.