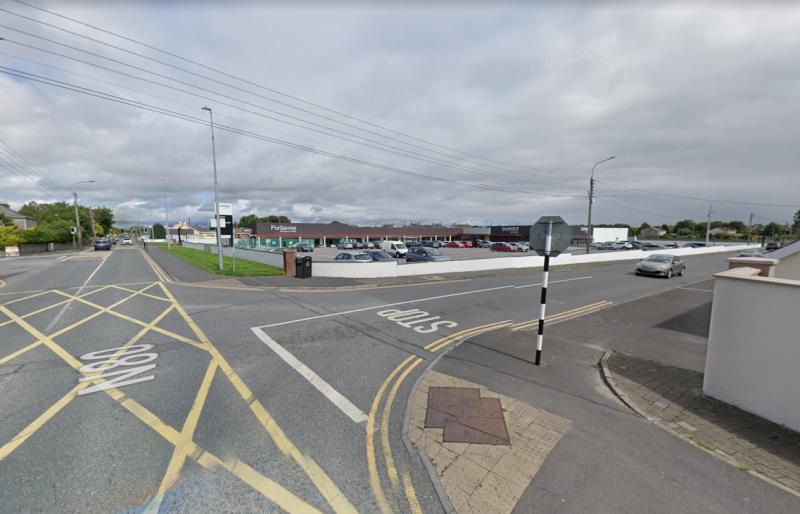 The junction of Greenmill Lane with the Mountmellick N80 road next to Dunnes Stores in Portlaoise, Laois. Image: Google

Dunnes Stores supermarket group is said to be "very anxious" to talk to Laois County Council about adding a roundabout next to one of their Portlaoise shopping centres.

Portlaoise Municipal District councillor Catherine Fitzgerald is urging the council to get around the table with the company, over the N80 Greenmill Lane T-junction on the Mountmellick road.

The Dunnes Stores centre on the junction was recently extended and upgraded.

"It is my understanding that Dunnes Stores is very anxious and wants to engage with Laois County Council. I've been told that by representatives of Dunnes Stores.

"I ask that three representatives from our district meet with Dunnes Stores, the council planners and roads department and try and get it moving. We need to sit down for a round table discussion. We have literally being going round and round ourselves. This could suit them and us," she said.

She tabled a motion to the September meeting asking the council to talk with Dunnes Stores on the Mountmellick Road about providing a roundabout at Green Mill Lane.

"We have been beating this drum a long time. Three roundabouts are needed, one at the Ballyfin road, one at Dunnes Stores which is accident prone for serious accidents, and one at Harpurs Lane. This is the result of a safety audit but we definitely need them. I live on that road and travel it daily," she said.

Electric Picnic policing praised as Laois prepares for the Ploughing

It was agreed that Cllr Fitzgerald, Cllr Dwane Stanley and the Portlaoise MD Cathaoirleach Cllr Barry Walsh would represent the district at such a meeting.

It is over two years since the council paid for an independent study which recommended installing three new roundabouts on the N80 Mountmellick road in Portlaoise, both to make it safer for pedestrians and cyclists and to discourage passing traffic from going into the town centre. The council then applied for funding from Transport Infrastructure Ireland (TII) to build the three roundabouts but no funding has yet been approved.

In reply to the motion, area engineer Wes Wilkinson said that subject to getting the funding, the council will engage with Dunnes Stores about providing the roundabout on the junction.